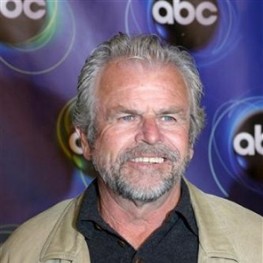 William Devane is an American actor who is famous for acting in films, television and in theatre. He was born on 5th September in the year of 1939. The place he was born is called Albany which is a place of New York in the United States. He is mostly famous for his role in the primetime opera named as Knots Landing in character of Greg Sumner.

His father’s name is Joseph Devane who was an Irish descent. His father was the chauffeur of Franklin D. Roosevelt. Devane studied at the American Academy of Dramatic Arts which is situated in New York and graduated from there before starting his acting career.

It was a dream of his to become an actor since his childhood. In the Off-Broadway spoof MacBird; he was portrayed as Robert F. Kennedy in the year of 1966. And in the TV movie named ‘The Missiles of October’ in 1974, he played role as President John F. Kennedy and for his excellent work in that, he was praised and acclaimed. In the year of 1975, he worked at the TV movie named Fear on Trial, that film gained the Emmy Award. He played blacklisted radio personality in that movie. He played as Al Capone in Lois and Clark: The New Adventures of Superman TV series in the episode named That Old Gang of Mine. In his career, he worked in many important directors and actors and did amazing job. In the year of 1976, he acted in the name of Family Plot. The film was directed by worldwide famous film director Alfred Hitchcock. He worked with famous actors like Dustin Hoffman in Marathon Man in 1976. In that film Laurence Oliver was also his co-actor. In the film named Rolling Thunder, he acted along with Tommy Lee Jones in the year of 1977. During his acting career, he worked in so many TV series, TV movies and in many important films. His acting career is pretty amazing and successful. Presently his net worth is only $5 million which is not up to the mark considering his remarkable work. He has been enormously successful in not only his acting career but also his career in films which was his dream of life. His work in films is appreciated by both audience and critic which is a great achievement for this amazing actor.

He is an amazing person with an attractive height of 5’10’’. He was married in the year of 1961. The name his wife is Eugenie Devane. They are happily living together. As far as children are concern, the couple has two children. In some sources, it is stated that they have to go through a tough time because of their loss of son in a terrible accident. The name of their other son is Joshua Devane. Mr. Devane is not only a wonderful actor; he is also a wonderful person in his practical life. He has been able to earn popularity and fame through his amazing acting career which is exemplary.