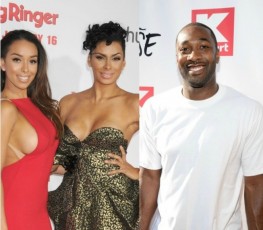 Laura Govan, a popular reality TV star and celebrity nowadays, was born on 21st September in the year 1979. Her biography began in Oakland, California, where she drew the first breath in a typical middle class family. When Laura Govan was still a child, at the age of 7, she survived an awful car accident after which she had been in coma for 3 months. After she came out of come, she had to learn all the things (even the most basic ones) once again. Laura Govan has two sisters, named Gloria and Lonnie Govan. She has Hawaiian, Mexican, and African-American roots.

Laura Govan studied at the New Mexico State University. While studying there, she was included in the university’s women’s basketball team thanks to her amazing sports abilities. Her career of a basketball player had been so much successful that, after her graduation from the university, she was offered to become a head coach of the women’s basketball team of the Santa Carla University. However, she had to turn down the proposal due to her pregnancy from Gilbert Arenas, an NBA all-star. After her graduation, Laura Govan received a Master’s Degree in the Sports Psychology major. Previously, she obtained a Bachelor’s Degree in International Business.

Indeed, her relationship with Gilbert Arenas was a crucial factor in her successful career of a TV celebrity. However, one may speculate that if not their relationship, she would make a career in basketball coaching. Before starting to date Gilbert Arenas, however, Laura Govan worked in the basketball sphere. Specifically, she was in the charge of the PR department of the Los Angeles Lakers and the Sacramento Kings teams, as well as she was an assistant of Shaq, a basketball player.

While being in relationship with Gilbert Arenas, who had been making a successful career of the NBA player, Laura Govan became a star in the reality TV show under the title “Basketball Wives: LA”, and it was the major step that paved her way to the successful career of the TV celebrity. She starred in the show for two seasons (first and second), and meanwhile she was invited to numerous shows, such as “BV 365” of the Huff Post and “I Dream of Nene: The Wedding.”

Up to date, the net worth of Laura Govan is believed to be $10 million. There are rumors, however, that a large chunk of it she got after their separation with Gilbert Arenas.

Laura Govan started dating Gilbert Arenas when he played for the Warriors team. They were together for the period of 12 years. However, they have never been married. Yet, they broke up and reunited several times during their blustery relationship. Laura Govan has four kids from the relationship with Gilbert Arenas: two sons, named Alijah Amani Arenas and Aloni Arenas, and two daughters, named Izela Samaya Arenas and Hamiley Arenas.

In 2009, Laura Govan was involved in a huge media scandal where her email messages to the basketball player Shaq, whose assistant she was before, which revealed that they had a love affair. This prompted the wife or Shaq to file for divorce.

In 2012, Laura Govan impressed everyone with her incredible weight loss. After giving a birth to her fourth child, she had been on a diet and lost a whopping number of 85 pounds!