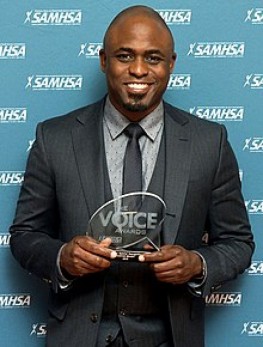 Wayne Brady/Wayne Alphonso Brady is an actor, voice actor, singer, TV personality and a comedian. He was born on 2nd June 1972 in Georgia. His parents are West Indian. He relocated to Florida at a very young age to live with his grandmother. He started performing in theatres at the age of 16 years. He went to Dr. Philips School for his high school education. He completed the high education in the year 1989. In the year 1990, he joined Miami University. He relocated to Los Angeles in the year 1996 to develop his acting skills. He has appeared in various movies and TV shows.

He began his career in an improvisational theatre in “Whose Line is it anyways?” of the British version in the year 1998. The same show started on TV in America and he was a regular on that show. This show was his first television appearance. He won award for his versatility on the show in the year 2003. After that he started his own show “The Wayne Brady Show” which was a talk show in the year 2003. The show was aired for 2 seasons and won 4 Emmy awards. 2 of the awards for the Wayne Brady for his amazing hosting skills.

He has been married twice in his life. He got married to Diana Lasso on New Year’s Eve of 1993. He went ahead for divorce with his first wife in the year 1995. After that he got married to Mandie Taketa in the year 1999. They have a daughter named as Maile Masako. They separated from each other in the year 2006. He has an estimated net worth of $10 million. His biography is available for his viewers on all the major websites.