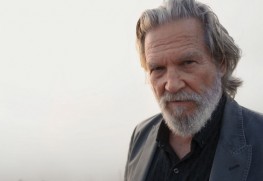 Jeff Bridges was born on 4th December 1949. He is a famous actor, singer and producer in the US. He was born in Los Angeles. His parents were in showbiz. His father’s name was Lloyd Bridges and he was working as an actor. He died in the year 1998. His mother’s name was Dorothy Bridges and she was an actress and a writer. She died in the year 2009. He has a younger sister. He had a brother who died in the year 1948. He was raised in Los Angeles. He completed his high school education in the year 1967. He went on tour with his father at the age of 17 years. He relocated to New York City after his graduation. He served for 7 years in the Coast Guard Reserve of United States after he turned 18 years.

He was seen in the role of Lt. Jimmy Dove in the movie “Blown Away”. His real life father played the character of his father in the movie. His most famous role is said to be as “The Dude” in the movie “The Big Lebowski”. He also plated the theme song of the movie. Apart from acting, he was also interested in music. He appeared as Obadiah Stane for the movie adaption of comic book “Iron Man”. His filmography contains a big list of movies. His mother inspired him to take piano classes at a young age. He also used to play guitar during the shooting of the movie “Heaven’s Gate”. His first album was released in the year 2000 and was named as “Be Here Soon”. He can play various types of guitars. The list of his talents also includes writing, photography and narration.

He got married to Susan Geston in the year 1977. He met his wife in a ranch where he was shooting for a movie. They have 3 daughters together and a granddaughter also now. He has an estimated net worth of $70 million. His detailed biography is available on various websites.