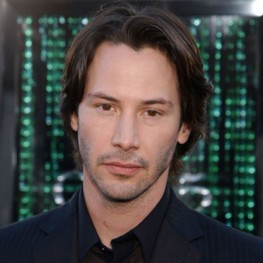 Keanu Reeves is acclaimed in this world as a famous actor of Canadian origin who has appeared in many prestigious movies. He is also a great director, producer as well as a musician.

According to his biography, Keanu Reeves took birth in the city of Beirut, on the date 2nd September 1964. His father, Samuel Nowlin Reeves, was in the business of performing while his mother, Patricia Reeves, was a designer of costumes. His mother is from an English descent whereas his father comes from a part Chinese and part Hawaiian descent.

He had a very troubled childhood as his father left him and his mother was alone, when he was just 3 years old and he had to live in many different places with many stepfathers. He was brought up in many cities, but mainly his childhood was spent in the neighbourhood of Yorkville, situated in Toronto, along with his sisters.

Reeves had to change four high schools within five years as he moved a lot and he was expelled from one of them as he was not disciplined. He was a dyslexic child and his main focus in school and college used to be sports rather than academics. He was a great ice hockey player and he was a goalkeeper in the team of the De La Salle College.

He never completed his high school and he dropped out of his diploma course. Jennifer Syme, Reeve’s girlfriend had a daughter who died and it created a lot of stress. After his daughter’s death, his girlfriend had a fatal accident, in 2001 and it took him a lot of time to get back to his feet after this trauma. He is a Buddhism follower and lives in the Hollywood Hills, situated in California.

Reeves started his career as a professional theatre actor at a very young age. His debut came with 'Damn Yankees', which happened to be a popular production of the time. He performed the role of Mercutio in the stage adaptation of the famous classic “Romeo and Juliet”. It took place at a reputed theatre, Leah Poslans. His debut as a big screen actor came with the production and release of “Hangin’ in”.

Apart from working in movies, TV series, and theatres, the actor has also appeared in various renowned short movies (most famous being 'One Step Away') as well as several TV commercials representing some of the most famous brands of the globe. He also has a history of working as a TV correspondent for a popular TV program, called “Going Great”. Keanu’s first debut in the world of studio movies was in “Young Blood” (released in 1986). In the movie, he played the difficult role of a goalie. Soon after this, Reeves decided to move to the charming city of Los Angeles

Reeves went on to perform many minor and side roles for several years before his big break came with the offer of a sizable role in a major drama production, called 'River's Edge'. The movie was based on a group of teens and how a gruesome murder affects them psychologically. This gave him the much-needed fame and he continued to climb up the success ladder, establishing himself as one of the most famous Hollywood actors of all time. Reeve’s net worth is estimated to be around 350 million US dollars.