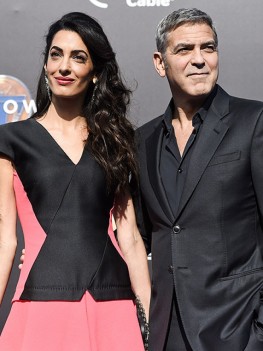 Talia Balsam is known as an American television and film actress. She is most famous for her previous marriage to popular actor, George Clooney. Talia Balsam was born on March 5, 1959 in New York City, New York. She is the beloved daughter of film actor Martin Balsam and actress Joyce Van Patten. She has two half-siblings named Adam and Zoe. She studied at Treehaven School before going after her dream career in acting.

Talia Balsam started her acting career in 1977. She originally appeared on TV, in the popular classic series ‘Happy Days' where she had a guest spot. Balsam has had a long career in the entertainment industry. She has appeared in the films 'Mass Appeal', 'In the Mood', 'Killer Instinct', 'Relentless', and 'Little Men'. On TV, she had a noteworthy role in shows like ‘Mad Men’, ‘Homeland’, ‘L.A. Doctors’, ‘K Street’ and ‘Without a Trace’.

In her recent work, she can be seen depicting the role of Dallas Holt in the comedy series Divorce. She has played the role of Dallas for the majority of her latest years in the industry. When she first started the show, she didn’t have the slightest idea where her character was going. The writers seemed to be making sense of it at the same that she was. In some cases, she would read a script and be so cheerfully astonished in light of the fact that the writers went to places that she never would have thought of. She has found a new passion in acting with her work on the show because the producers allow her freedom to explore her character’s motives.

When asked by Town and Country if she ever gets questions about marriage problems, she said “Not too much. You have varying degrees of people saying they didn’t want to watch it or they love it and watch with their spouse, but it really depends on where people are in their lives. The title of the show might make people think one thing, but really it’s another.”