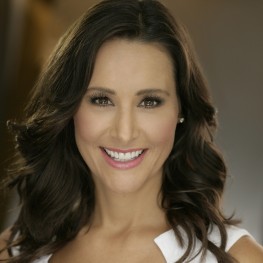 Lea Gabrielle is a correspondent and a journalist in Fox News Channel. Apart from that, she is also a general assignment reporter with ‘Shepard Smith Reporting’. Lea Gabrielle was born in 1975 in Alexandria, Virginia USA. She has completed her High school from Mount Vernon High School in Virginia.

Lea Gabrielle has always kept her personal life very private. She was born in Alexandria Virginia USA. She was in a relationship with Greg Sutton who was an engineer. They both got married on 12th June 2004. She was always a focused student since childhood.

Lea Gabrielle was always focused on her career. She has served 12 years as a Navy officer, apart from that, Lea is also a Fighter pilot. Despite being a pilot, Lea wanted to pursue her passion for journalism. She did a journalism course from New York Film Academy. Lea's first job as a journalist was in NBC News in Washington DC. There she was responsible for writing, editing and packaging news. Many times she has also conducted an interview for White House and political areas.

In 2011, she went to San Diego California to work as a military reporter. Lea covered the story of Missing Malaysian Airline. In 2013 she joined Fox News Channel also she is working as General Assignment Reporter with Shepard Smith Reporting.