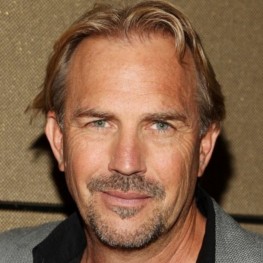 Kevin Costner is an actor who is sixty-three years of age and is best known for doing films like ‘The Untouchables’, ‘Field of Dreams’ and ‘Bull Durham’. Besides being an established actor, he is a director, producer and a musician as well.

A household name is the U.S.A., Kevin Costner was born on 18th January, 1955 in Lynwood and was raised along with his two siblings in Compton. Kevin’s father William Costner used to be an electrician while his mother Sharon Rae used to be a welfare worker. Kevin has Irish, English, Welsh and Scottish ancestry and was raised as a Baptist by his religious parents. Growing up, Kevin used to enjoy the company of good friends, played sports, wrote poetry and took piano lessons. As of now, Kevin is an avid social media user and can be searched on twitter, snapchat and instagram.

Although Kevin Costner was never inclined towards studies, he did opt for college studies. It was during his college days that Kevin began dating a student Cindy Silva and married her in 1978. The couple even had three children whom they named Lily McCall, Anne Clayton and Joseph Tedrick. After sixteen years of companionship, the couple took a divorce in 1994. Kevin has been in a relationship with many women ever since. He even has a son named Liam Timothy Costner with Bridget Rooney. Currently, Kevin is happily married to a handbag designer Christine Baumgartner and is blessed with three kids with her.

Kevin Costner was chosen to play the role of a suicide victim in the 1983 film ‘The Big Chillwith’. Contrary to what Kevin had presumed, the movie turned into a huge disappointment for him as most of his scenes ended up getting cut. Fortunately, this turned out to be a blessing in disguise for Kevin as the film director Lawrence Kasdan was aware of Kevin’s talent and casted him for his new film ‘Silverado’ two years later.

Kevin’s career reached it’s zenith in 1987 when he starred in two super hit films namely ‘No Way Out’ and ‘The Untouchables’. Continuing his success streak, Kevin appeared in a romantic film ‘Bull Durham’ alongside Tim Robbins and Susan Sarandon.

Kevin Costner is famous for his versatility. He has done a variety of films during his acting career. He appeared in a heartfelt film ‘Field of Dreams’ in 1989 in which he played the role of a poor farmer. After establishing himself as a good actor in the industry, now was the time for Kevin to try his hand in directing and he did just that. He directed his first film ‘Dances with Wolves’ in the year 1990.

Following this success, Kevin went on to direct and produce many such films for which he received many awards as well. In 2013, Kevin was awarded an ‘Honorary Cesar’ and in 2015, the ‘BFCA Lifetime Achievement Award’. Hence, it isn’t startling to know that Kevin Costner enjoys a net worth of $250 million.