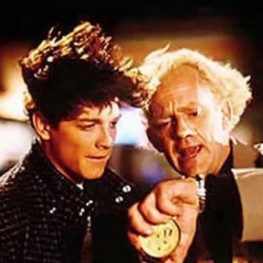 Born on September 30, 1961 in Whittier, California, Eric is the son of Evelyn Vawter and Jack Stoltz. He has a German, English and Scottish blood but was raised both in American Samoa and Santa Barbara, California together with his sisters Catherine and Susan. This is where he started earning money by playing the piano for several productions on their local musical theatre at the age of fourteen.

He attended the University of California but eventually dropped out during his junior year. He then joined a repertory who performed about ten plays at the Edinburgh Festival in Scotland. In 1981, he moved to New York where he studied with Stella Adler and Peggy Feury. Right now, he stands six feet tall with light blue eyes. After this short biography, let's see more about Eric's colorful journey on his career.

Knowing more about his career

Playing as "Jack" in the "Hunter Country" episode of the series "James at 15" was his first TV debut. His first film debut was on 1982 as Stoner Bud in the film "Fast Times at Ridgemont High". He has built good friendship with Cameron Crowe who wrote his first film debut. It was when Cameron promised Eric a role on all future films that he will write. True enough, the writer fulfilled his promise when Eric appeared on Cameron's next four films.

He was then originally awarded the role of Marty Mcfly around late 1984 for the film Back in the Future, but was replaced later on by Michael J. Fox due to Eric's lack of effective comedic sense needed for the role. It seemed a blessing in disguise as his next project in 1985, became his big break in the film industry. He was nominated with a Global Globe for his portrayal of Rocky Dennis in the movie called Mask. Next to this, he appeared on several films in the '80s. He continued to appear on several productions on the stage, film and television.

Going behind the big screen

Aside from several apperances as an actor, he also pursued his passion in directing and producing films. He already received 9 major credits as a producer as of this writing. Inspired by his experience, he has directed almost 24 shows including the top musical series, Glee. Currently, his estimated net worth is about $5 million.

Last 2005, Eric got married to his long time girlfriend which is the singer, Bernadette Moley. The couple welcomed their first daughter and named her Catalina. It was reported that they already had their second child but no further information was shared to the public. Before settling down, Eric had a relationship with Jennifer Jason Leigh which lasted for two years (1989 to 1987) and he had an engagement with Bridget Fonda wherein the relationship lasted for eight years (1990 to 1998).

Finally before Bernadette, he was with Laura Linney on the year 2000. Eric's life experience serves as an inspiring success story of an individual who strived hard to even exceed his expectations of himself and who keeps on dreaming bigger to become a better person.