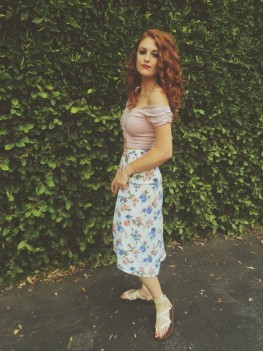 Audrey Mirabella Botti is an American television personality and is married to reality television star Jeremy Roloff. Jeremy Roloff was a cast member of The Learning Channel’s reality television show Little People, Big World. The show chronicles the lives of Matt and Amy Roloff, who have dwarfism, and their family as they run a thirty four acre farm in Oregon. Audrey Mirabella Botti was raised in a suburb of Portland; she loved athletics and participated in all types sports including competitive downhill skiing, endurance swimming, and cross country running. Audrey was also once a serious ballet dancer. Audrey earned a scholarship to Oregon State University where she became captain of her cross-country and track team. Audrey completed a double major in Business, studying both marketing and entrepreneurship.

Audrey and Jeremy were set up by friends to go on a blind date and the couple was married a year after Audrey graduated from college. The couple announced in July of 2018 that they would be leaving the show citing that after fourteen years, three hundred shows, and seventeen seasons, that the time had come to move on. The couple has a daughter, Ember Jean Roloff, who was born on September 10, 2017. They also write a marriage blog called beating50percent.com.