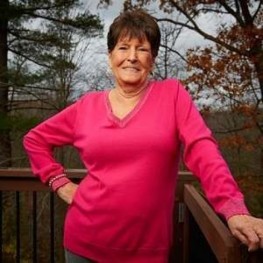 Alma Wahlberg gained popularity when she appeared on her family’s reality television programme ‘Wahlburgers’. She is also one of the owners of the chain of restaurants called ‘Wahlburgers’.

Alma Wahlberg took birth on 6th May 1942 as Alma McPeak. She was born and raised in Boston, Massachusetts. Alma is an American of French-Canadian, Scottish, English and Irish ethnicity. Not much is known about her early life, parents, and relatives. She worked as a nurse’s assistant and as a clerk in a local bank.

Donald passed away in the year 2008. Her youngest son Mark Robert Michael Wahlberg is a celebrated Hollywood actor, rapper, songwriter, and producer, who was nominated twice for Academy Awards in 2011 for The Fighter and in 2007 for The Departed. Some of his notable and critically acclaimed works include ‘Boogie Nights’, ‘ Lone Survivor’, ‘ Invincible’, ‘Deepwater Horizon’, ‘Patriots Day’ and ‘All the Money in the World’.

Mark is married to Rhea Durham with whom he shares four children.Her eighth child, Donald Edmond Wahlberg Jr. is famous as the main cast member of ‘New Kids on the Block’ a 1980’s boy band. He earned a Teen Choice nomination for his role as Detective Eric Matthews in the second edition of the famous horror movie series ‘Saw’. Some of his albums include ‘Hangin’ Tough’, ‘Step by Step’, ‘Face the Music’, ‘The Block’, ‘10’ and ‘Thankful’.

Alma’s second marriage was to Mark Conroy. Paul Wahlberg, on the other hand, chose a career in the culinary industry, from a young age he was passionate about cooking and spend his time in the kitchen learning cooking from his mother. Today he is a well-established and well-known chef. Among her fans, she is known as the mother of the famous Wahlberg brothers, Mark and Donnie.

Alma during earlier worked as a clerk and nurse’s assistant. Later when her son, Paul Wahlberg started a restaurant under the name ‘Alma Nove’ to honor his mother and her nine children, she took up the duty of the hostess, welcoming customers to the restaurant. Paul is the executive chef in the restaurant, which focuses on Mediterranean and Italian cuisine.

The mother and son run restaurant has become a place where families and friends come together frequently to meet and share a meal. Paul along with his brothers Donnie and Mark established a restaurant and bar under the name ‘Wahlburgers’, which in 2014 became the source for a long-running reality television series under the same name. Alma has starred as a prominent member of the family throughout the series, gaining the title of a reality television star. Alma’s net worth is estimated to be about one million dollars.