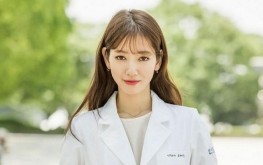 Yoo Hye is an actress, singer, director, model and entertainer who hails from South Korea. Her breakthrough was when she made her debut as a part of Baby Vox, a girl group. Post her soirée as a singer, she ventured into acting and has been successful, starring in various dramas on television such as Princess Hours (2006), The 1st Shop of Coffee Prince (2007) , The Vineyard Man (2006), My Fair Lady (2009) and even the hugely popular Missing You (2012).

She is known for her stunning beauty and is listed to be 5 feet and 6 inches tall in her biography. Publicly her image is that of a calm and composed person whose poise and grace is rare for any actress in South Korea. Yoon Eun-Hye has a sibling named Yoon Ban-Suk.

Despite being a popular and well known person in South Korea, she has managed to keep her personal life away from the media spotlight, no one in the media has any knowledge about her affairs or even her current status, no details emerged in the media about any alleged boyfriend as well. It is speculated that Yoon Eun-Hye is unmarried and is currently single.

Since a very young age, Yoon Eun-Hye wanted to become an actress, and her ambition gave her immense confidence as a performer, never did she feel shy, nor did she suffer from stage fright. Her go-getter attitude helped her climb the ladder of success rapidly. At the age of 15, she started off as a member of the band Baby V.O.X , where she replaced a former member named Lee Gai in the year 1999.

The group’s album called Come Come Come which released in the same year Yoon Eun-Hye joined the band, the singles of the album were hugely successful. However, she was soon targeted by anti-fans and in an encounter she was shot in her eye by one such anti-fan who wanted her blind by using a blend of vinegar and soy sauce, shot using a water gun. The incident damaged her cornea. 6 years after joining the band, she quit after her contract had expired.

Post her stint as a singer she became a part of movies and made her debut with Princess Hours in the year 2006, the movie was a romantic-comedy and despite petitions against her starring as the lead, the film was a success in the Asian market and catapulted her to super stardom. After her debut being a super-hit, she went on to star in various other films and even TV shows, each of which were moderately successful to hugely successful. Thereby, earning her huge pay checks and pushing her net worth into millions of dollars.