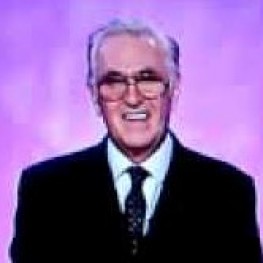 William G. Stewart, a renowned director and producer of comedy shows and game shows by profession, came to life on July 15th 1935 and is 80 years of age. He was born to his parent in Habrough, Lincolnshire, England, UK. He has been associated with many TV shows and game shows in their production and direction and owned a company named Regent productions, however later on the company was sold to Pearson television at a huge sum of money. William has been known to be of jovial nature and has earned many friends because of his charming personality. He has often remained in news because of his love relationships and marriages in the past.

He has been married 3 times and has been divorced 2 times. His first wife Audrey Harrison, whom he married in the year 1960, stayed on with him till 1976 after which they both filed for the divorce and separated. The couple had one child together. He then married Sally Geeson in the year 1976 and stayed with her till 1986. The couple gave birth to two children with the names Barnaby and Hayley. The couple however separated in 1986. William married his third and his present wife ‘Laura Calland’ in the year 1997 who was also his co-star in one of his TV shows. The couple has 2 children and has been staying together till now. William has also been involved in many social activities. He has been a supporter to a campaign dedicated towards returning of Elgin Marble sculptures to Greece. The Sculptures were taken by UK long back and some people are running a campaign to return them back to Greece as they consider this as a theft.

According to his biography, William started his professional career working as a secretary to Tom Driberg, who was a journalist and a politician by profession. William made a documentary on Tom as well. William then formed a company named Regent Productions and produced and directed many TV shows and game shows under its name. His major shows include ‘Dear Father’, Love Thy Neighbour’, ‘My Good Woman’, ‘The Rag Trade’, ‘Don't Forget Your Toothbrush’ and many others. His shows were successful and he gained popularity in the TV industry because of his shows he produced or directed. He rose to fame because of his popular game show named ‘Fifteen to One’ which was telecasted on Channel 4. The show became an instant success and William was much appreciated for the show. William also directed and produced other games shows on TV like ‘Famous People’ and others. He has also been involved in some controversies like he was involved in a court case when he sued one of his participants from his game show because of some forgery done by the contestant. He later on won the case.

William has had won many accolades working on TV as a director and Producer and earned huge money because of his shows. His show Fifteen to one was telecasted for many years on TV and is also set to return with the fresh episodes in the times to come.