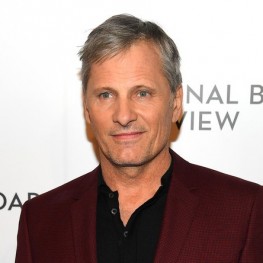 Viggo Mortensen is a well-known author, musician, poet, painter, actor and producer who has Danish-American roots and hails from the country of the United States of America.

At the age of 11, Viggo Mortensen’s parents divorced and he lived in New York City along with his mother and attended the Watertown High School, located in Watertown. In the year 1980, Viggo Mortensen earned his bachelor’s degree in Spanish Studies and Politics from the St Lawrence University in Canton. After completing his graduation, he lived in Spain and England and even moved to Denmark to work for a string of odd jobs, before returning to the United States of America to become an actor.

Post this, through the early 2000’s Viggo Mortensen gained immense fame across the globe due to his portrayal of Aragorn in The Lord of the Rings trilogy. Later, he even gained critical acclaim for his role in A History of Violence, which was a crime thriller directed by David Cronenberg.