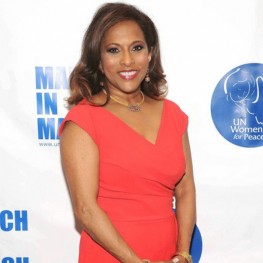 Uma Pemmaraju is an Anchor and host on the Fox News Channel Network. Born on March 31st 1958 in India, her parents brought her to the states in 1964 she grew up in San Antonio Texas. She graduated from Trinity University with an undergraduate Degree in political science.

Her first stop after college was a special correspondent and anchor at KTVT-TV (CBS-11) in Dallas, Texas from there she started producing a syndicated show called The Evening Magazine. Her experience in the news world is abundantly vast. During her career, she has meeting high profile news makers such as the Dalai Lama, Buzz Aldrin, Joel Olsteen, Carly Simon, and a host of Senators and congressmen from Washington D.C. Uma was the first Indian-American journalist and anchor on national television. Breaking a huge barrier for minority women across the board, she has opened doors which were otherwise closed. Groundbreaking reporting has been her cornerstone her whole career. Her success is overwhelming yet; humbling. She has won many awards for her hard hitting, investigative, reporting style and her professional journalism. She’s covered the George Zimmerman murder trial, as well as the devastation in Moore OK when a lethal EF5 tore through the whole town. Uma cares very deeply about community and helping others. She has been recognized for her charitable efforts by several organizations, Big sisters Organization of America being one of them. Empowering young people to stay on the straight path and achieve their goals and dreams. Uma; along with Kitty Dukakis were the first to break the story of Michael Dukakis announcement for the 1988 presidency.

In 1998 she was named Spotlight magazine’s “20 intriguing Women” Pemmaraju has received many Emmy’s for her integrity and investigative journalism. She is definitely one of a kind; you can tell she cares not only about the story but the execution too.

Uma has one child, a nine year old daughter with her husband Andrew; who she is legally separated from. Still reeling from the terrible circumstances surrounding her divorce from Andrew, She is unsure if she will marry again. For right now; Uma is content with raising her daughter and staying married to her job in journalism. She is a legend in her own right. The INS and out of Washington are not unfamiliar to her. Though all of her there is such an outpouring of support from her colleagues in her field. Uma is highly regarded among her peers and has paved the way for upcoming women in journalism. Her roots are important to her she never misses a chance to visit her native place. She is a strict vegetarian staying true to her roots of not consuming the flesh of dead animals being served from the kitchen.

Her split from Andrew almost derailed her but she bounced back like a champ. She will always be immortalized in the news world. I see some more awards in her future. The world is her proverbial oyster. Her impeccable work ethic and dedication for the truth is commendable.