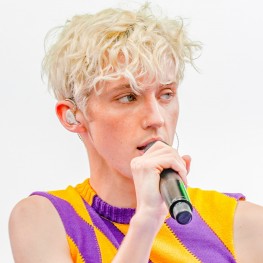 Troye Sivan is an Australian songwriter-singer, YouTube personality and actor. His popularity has soared ever since he began as a singer on the popular video sharing website. He then went on to appear in a variety of Australian Talent Shows before eventually signing a deal with EMI Australia which is a label of Universal Music in Australia.

In his biography, Troye Sivan states that his entire family took the decision to move to Australia due to the ever increasing crime rate in South Africa. Currently Troye Sivan lives along-with his parents, Shaun and Laurelle and his three siblings, Tyde , Steele and Sage. Troye Sivan’s parents Shaun and Laurelle are a real estate agent and a homemaker respectively.

As his father Shaun is Jewish, born into a Jewish Family, his mother, Laurelle also embraced Judaism post marriage. As a student, Troye Sivan went to the Carmel School, which was a Modern Orthodox Private School, In the year of 2009, Troye Sivan began schooling through distance education programme. As his middle name is Sivan, Troye adopted that as a part of his stage name.

In a YouTube video which was released on August 7,2013, Sivan revealed himself to be gay and it was three years prior to the release of this video that he had confided his family with the truth.Currently, he is in a relationship with Jacob Bixenman, who is a model. Troye Sivan is also known to be suffering from Marfan Syndrome in a mild form.

Sivan began his career in music as a singer on the Perth Telethon, which was aired on channel seven. It was in the years 2006-2008 that Troye Sivan performed there. Later in the year 2006 Troye Sivan’s duet with Guy Sebastian, winner of Australian Idol further gave him a career boost.

Troye Sivan also was a finalist in the 2007 edition of Star Search. In 2007, Dare to Dream which was his debut Extended Play was released. In the year 2013, on June 5th, Troye Sivan signed a contract with EMI Australia which itself is a label of Universal Music Australia, however Troye Sivan didn’t release the news to the public until the next year. His extended play debut was released then, named TRXYE, it was at the fifth position at the U.S Billboard 200.

Currently, Troye Sivan is focussing on his Youtube channel where he has a total of 4.5 million followers as of February 23,2018 and has a total of 248 million views on his videos by the same date.