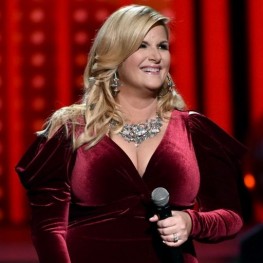 Trisha Yearwood was born in the year 1964 on September 19. She has grew up to her parents Jack Howard Yearwood and Gwendolyn at Monticello, Georgia. She also has a younger sister. Her father was a local banker and her mother worked as a school teacher.

Trisha had a god-gifted voice and her interest towards country music from early childhood, developed from nowhere. As an elementary school student, she sang many choirs. Though Trisha was a very good singer, she never took it seriously. She always wanted to become an accountant but her luck did not favor. So she began her journey as a musician after dropping out from the University of Georgia located in Athens.

Trisha had a very nice voice as a fresher, which earned her the internship at MTM Records. Initially, it was a part-time contract but soon it became full time. She used to record demo tapes and sang as a background singer also. She signed her first music recording contract with Garth Brooks in the year 1989.

Impressed by her voice, MCA Nashville Records soon approached her. In the year 1991, Trisha released her first debut album. Thevalbum became so popular that it was even listed in the Billboard Country Chart. Trisha is still keeping up with the dedication in her career. She has millions of fans worldwide and connects with them through social media.