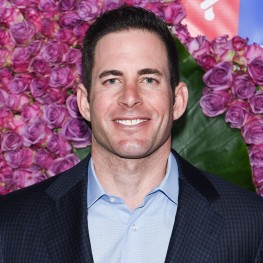 Tarek El Moussa is an American television personality who is known for co-hosting, along with his wife, HGTV’s reality real-estate show, Flip or Flop. Flip or Flop follows the lives of the El Moussas as they buy, renovate, and flip homes, mostly in Orange County, California; the show aired from May of 2013 through March of 2017. Tarek El Moussa was born on August 21, 1981, in Long Beach, California.  Tarek first got his real estate license in 2002, when he was twenty one years old. In 2011, Tarek asked a friend to help him make an audition video for HGTV. The pair filmed the entire process of flipping a house. HGTV offered the couple a weekly time slot of eleven p.m. because they were unsure if the show would be well received; the show was launched in 2012 and many people were still smarting from the burst of  the real estate bubble. But the show surprised the network by garnering well over a million viewers its first season.

In 2013, a registered nurse who happened to be  watching the show noticed a lump on Tarek's neck and contacted HGTV. The nurse believed Tarek should see a doctor; Tarek followed her advice and received a thyroid cancer diagnosis. Tarek underwent surgery to remove the cancer which had spread to his lymph nodes. In 2015, Tarek got to meet the nurse that helped save his life on the show The Doctors.