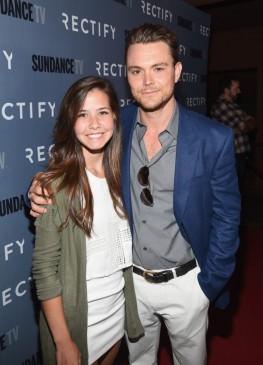 Sunshine Kiki Brown is an American entrepreneur and shoe designer who was born on December 14, but the exact year is unknown. She was born and raised in Huston, Texas where she learned how to work hard for what she wanted. Brown became an entrepreneur when she started her own shoe company. She eventually met Clay Crawford, an American actor who is known for his role as Martin Riggs of the Fox television series "Lethal Weapon". Crawford also appeared in the Sundance television series "Rectify" where he played the role of Ted "Teddy" Talbot Jr. His role later earned the series a Peabody Award in 2014.

Before meeting Brown, Crawford was in a relationship with an actress named Sunny Mabrey in the early 2000s. They were even engaged in 2002 but didn't follow through with the marriage. The failed engagement turned out to be how Crawford would meet his future wife. Brown is often posting photos of her family spending time together on their farm to social media. Brown and Crawford have three children together, two boys and a girl. Often Crawford and their children appear in the photos Brown takes and shares online. The family currently resides in Birmingham, Alabama.