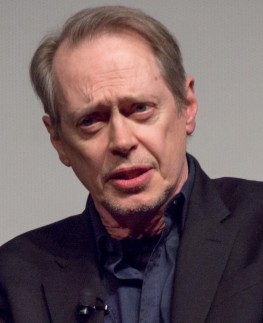 Steve Buscemi is a popular actor and director of the industry. He is also a very renowned comedian. He is known worldwide for his incredible acting skills and huge fan following.

Steve Buscemi was born in the year 1957 on December 13. He has been brought up in Brooklyn, New York in the United States. He belonged from a very middle class family where his father worked as a sanitation worker and his mother was a hostess. He grew up with his three brothers and has received an Irish upbringing from childhood. He moved with his family to the Valley Stream in Nassau County from where, Buscemi completed his graduation in the year 1975. He has went to the Valley Stream Central High School where, his classmate was the future actress Patricia Charbonneau.

During his high school days, Buscemi participated in wrestling for the varsity squad and has also played an active role in the drama and theatre troupe. After this, Buscemi has went to the Nassau Community College and then moved to Manhattan where, he took admission at the Lee Strasberg Institute.

Buscemi has also served as a firefighter, having been into civil services. Coming to his personal life, there is not much to tell about it. He has been married to Jo Andres since the year 1987 and the couple was also blessed with a son. Since then, there has been no complications in their relationship.

Steve Buscemi began his career in the year 1985 with the film, The Way It Is, which was directed and produced by Eric Mitchell and No Wave Cinema respectively. Previously, he has also been a part of the films like Tales from the Darkside, Parting Glances, Slaves of New York and many more. He was also nominated for the position of Best Supporting Male actor. Buscemi got his first lead as an actor in the film, In the Soup in the year 1992. In the year 1986, he made guest appearance in Miami Vice.

In the year 1996, he appeared in the film Trees Lounge, where he was starred. He has also served as a screenwriter and director of the film. However, he is also very emotionally connected to the film as according to the records, it is set in his village and a large part of the film was shot in his childhood village of Valley Stream.