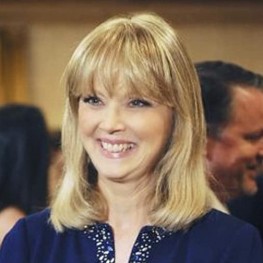 Shelly Long is an Emmy winning actress of American origin. Shelley's portrayal of the character Diane Chambers on the popular comedy series titled ‘Cheers’ was her ticket to stardom.

Shelly Long was born as the daughter of Ivadine and Leland Long in Fort Wayne. She was the only child of her parents. Her mother worked as a teacher in a local school and her father, prior to taking up teaching as a profession, worked at a rubber factory. She attended the South Side High School. While at school, Long took active participation in various elocution competitions and was part of the school’s speech club. In 1967 she bagged the title of ‘National Championship in Original Oratory’ at a speech competition conducted by the Indiana High School Forensic Association.

After completing high school, Shelley took admission in the drama programme at the Northwestern University. However, while chasing her passion for modelling and acting she could not graduate in her course. Her first acting gig was for an advertisement shoot held in Chicago.

Shelley’s first marriage was not successful and the couple soon sought divorce. She was introduced to her second husband, Bruce Tyson in 1979. Bruce is a security broker. Bruce and Shelley tied the knot after dating each other for two years. They were blessed with a daughter on 27 March 1985, and they named her Juliana. In 1989, Long went through a miscarriage. In 2003, the couple separated and got divorced in the following year.

Shelley Long has been active in the acting industry since 1971. At Chicago, she worked with a comedy group called ‘The Second City’. By 1975, she started producing and writing along with co-hosting ‘Sorting It Out’, a magazine show that telecasted weekly. This show was featured on NBC and has gained Regional Emmy Award three times under the category of ‘Best Entertainment Show’.

Long’s first prominent role was in ‘The Cracker Factory’, a television film in which she was seen in the role of a psychiatric patient. ‘A Small Circle of Friends’ was her first movie, it released in 1980.The movie which revolved around issues that raised in Harvard University around the sixties was a well-accepted by the film critics.

Long has made appearances on many commercial films including Camay Soap and Homemakers Furniture. Shelly has been seen on numerous shows as a guest star some of which is ‘The Love Boat’ in 1978, ‘Trapper John M.D’ and ‘Family’. She was starred as Tala in the 1981 movie titled ‘Caveman’. In 1980, she was seen in an episode of the series ‘M*A*S*H’ as a nurse named Mendenhall.

Shelly Long raised to fame as Diane Chambers on the popular comedy series that ran from 1982 to 1987 named ‘Cheers’. For this show she was nominated five times for the Emmy Award, she won an Emmy Award under the category, ‘Outstanding Lead Actress’ in the comedy series in 1983. The ABC’s Emmy winning show ‘Modern Family’ featured Shelly as DeDe Pritchett, the jealous former wife of Mr Pritchett. She has had recurring roles on this show.