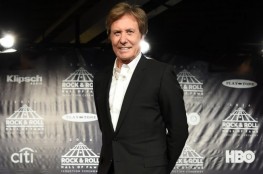 The famous musician, Robert Lamm was born on 13th October 1944. His star sign is Libra. His birth name was Robert William Lamm. He is nicknamed as Bobby. He was born in New York, U.S. Lamm is a songwriter and a record producer by profession. In his early days, he used to perform in the church in Brooklyn Heights. He had a keen interest in music from an early age. Lamm attended the Roosevelt University based in Chicago.

The one and only intense and genuine musician, Robert Lamm is a very popular American Keyboardist and a Singer. He founded an American Rock band Chicago in the year 1967. The rock and roll band, Chicago began writing rock music and then soft music, giving several hit ballads. He was the key vocalist and keyboardist of the band. The band produced many hit songs such as Saturday in the Park, Harry Truman, Beginnings and many more.

He has composed many classic hit songs for the band. His genres include Jazz, Rock, Progressive Rock and Adult Contemporary. He has been a very refreshing and an intense vocalist, composer, singer and a producer. His clear voice was an asset to the music industry. The legendary vocalist, Lamm has also been called as a guest lecturer at Standford University on music production.

He also lectured on song-writing at New York University. Lamm and his band were honored as a star on the Hollywood Star of Fame. His album Chicago Transit Authority was voted into the Grammy Hall of Fame. In his early days of music, Lamm used to use the Wurlitizer Eletric Piano and the Hammond Organ. He then started using a Hohner Pianet. In the year 1972, he found his love in Fender Electric Piano.

He added a Hohner Clavinet and a Mellotron to his music in the year 1974. Lamm gave the soundtrack for movies such as Timecop (1994), Return of Xander Age (2017) and Exit Wounds (2001). He appeared on a music talk show series The Tonight Show starring Jimmy Fallon. Lamm appeared on a news talk show series Golic and Wingo.