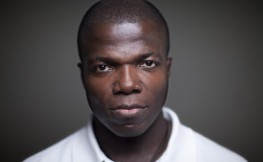 Reno Wilson who was named Roy Reno Wilson at Birth was given birth to on the 20th day of January in the year 1969. The American voice artist, comedian, actor was given birth in Brooklyn, which is located in New York, a state in the United States of America. Here is a brief biography about him.

Reno Wilson’s filmography of tv shows include speaking as killer bee in the movie Naruto Shippuden which was released in 2011. Between 2010 and 2016, he acted in 127 episodes of Mike and Molly as Officer Carl McMillan. In 2010, he acted as Dr. Russell Vaughn in the Our Dear Leaders episode of Scrubs.

In 2009, he acted as Haitian in the Haiti episode of The Philantropist. In 2007, he acted in the Manchild episode of Lincoln Heights as Ricky Taylor. He acted as Tyrese Evans in a number of episodes of Heist in the year 2006. The episodes include Ladies and Gentlemen – Sweaty Dinamite, Bury the Lead, Strife, How Billy Got His Groove Back, Sex, Lies and Vinny Momo and Pilot.

In 2005, he acted as Detective Tom Selway in Blind Justice. In 2003, he acted as Frank Kulchak and Willy Hammond in the Semper Spy and Delinda’s Box 1 episodes of Las Vegas respectively. Between 2001 and 2002, he acted as Freewald in The Chronicle, In 1994, he acted as Chip in 2 episodes of Coach. The episodes are Out of Control and It Should Happen to You. He also acted in Martin and The Cosby Show.

His voice has been used for the characters of a number of Video games. The video games include Final Fantasy XIII, Naruto Shippuden and MadWorld.

Reno is married to his wife, Coco Fausone and their union is blessed with 2 kids. He resides in Los Angeles at the moment. He has a net worth of $1,000,000. He has a height of 6 feet 1 inches.