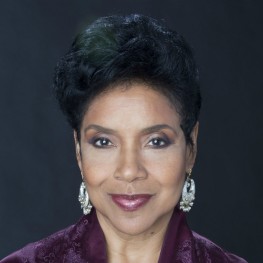 Phylicia Rashād is known as an American actress, singer and stage director. She is most famous for her role as Clair Huxtable on the popular NBC family comedy sitcom The Cosby Show, which earned her Emmy Award nominations in 1985 and 1986.

Phylicia Rashād was born on June 19, 1948 in Houston, Texas. She was born to African-American parents. Her mother, Vivian Elizabeth was a poet and art director. Her father, Andrew Arthur Allen was employed as an orthodontist.

As a kid, Phylicia, her older brother Andrew and younger sister, Debbie Allen lived in Mexico. She has another sibling, Hugh Allen who is currently a real estate broker in North Carolina. Her sister also joined her in the entertainment business as an actress. Their mom chose to live in Mexico to give the Allen kids protection from the endless prejudice and isolation that was common in Texas during the 1950s. Phylicia and Debbie are familiar with Spanish. Phylicia moved on from Howard University and later taught drama at her old college.

With her younger sister Debbie Allen, she started an organization called D.A.D., which represented Doctor Allen's Daughters. She was named "The Mother" of the African American community at the 2010 NAACP Image.