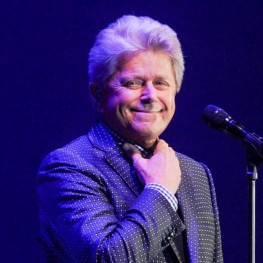 Peter Cetera is a 73 years old famous American singer, song writer and bassist who is original member of the rock band called ‘Chicago’ from 1967 to 1985, after that he has a successful solo career. In his career, he was part of seventeen albums with Chicago and had launched eight solo albums. The rock band Chicago owned their first Grammy Award a song written and sung by Peter Cetera, ‘If you leave me now’.

The famous singer, song writer and bassist Peter Cetera were born on 13th December, 1944 in Chicago, Illinois, United States. He is an American citizen and is of Polish and Hungarian ethnicity. Growing up, Peter Cetera raised by his beloved parents mother Margarita Cetera and father Peter Paul Cetera. His birth name was Peter Paul Cetera. He has five siblings. Peter’s two bothers named Tim Cetera and Kenny Cetera who are also the famous American musicians. Peter Cetera graduated in the year 1962 from Mendel Catholic prep High School. He was very much passionate about music since he was a child. In his teen ages Peter performed as lead singer and bassist with his high school band for local dances.

Peter Cetera married and divorced twice. He first married with Janice Sheely, who he divorced in 1973. Secondly he married Diane Nini, they divorced in 1991. Peter is a father of two daughters, Claire Cetera with his second wife Diane Nini, who born in 1983 and Senna Cetera with his girlfriend Blythe Weber, who born in 1997. They both are singers and actors. Peter Cetera has his own website, www.petercetera.com. He is active on Twitter with 9.4k followers.

Peter Cetera started his music career with band named The Exception. But in 1967 he amazed by the band The Big Thing for their use of a horn section combined with rock and roll and joined it within next two weeks. The Big Thing changed to The Chicago Transit Authority which later shortened to Chicago.

Chicago become notable for featuring Cetera’s first written song Where Do We Go From Here? The band Chicago bagged their first Grammy award with the song If You Leave Me Now. It was also Chicago’s first number one single.

Peter Cetera released his first solo album in 1981, Peter Cetera on Warner Bros. He left Chicago for starting his career as solo artist in 1985. His first single after Chicago, Glory of Love was used as theme song in the film The Karate Kid Part II. Cetera bagged ASCAP Award for this song as this become the most performed song for Motion Pictures. Peter Cetera’s two singles as solo artist, Glory of Love and The Next Time I Fall reached number one on Billboard’s Hot 100 chart in 1986. He inducted into the Rock and Roll Hall of Fame as a member of Chicago in April 2016.

Apart from music Peter also appeared two movies named Electra Glide in Blue in 1973 and Memories of Midnight in 1991. It is due to all of his work that Peter Cetera has been able to amass a net worth of twenty five million dollars.