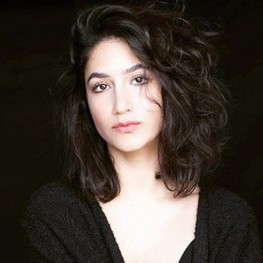 Nikohl Boosheri’s birthday was on September 23, 1988. Nikohl was born in Pakistan to Iranian parents whose names were not disclosed. The young Nikohl spent her childhood mostly in Ontario then the family transferred to Vancouver, where she studied and learned acting. The young actress completed her degree at Simon Fraser University. When she was in primary school, she said she was the only colored-person and even experienced racism. The full-blooded Iranian has never been to Iran. Her family migrated to Canada when she was two months old. Nikohl can speak both English and Persian and is of mixed ethnicity: Pakistani, Iranian, Asian.

In her bio, it's mentioned that she weighs 53 kilos, has a well-maintained slim body and has brown eyes. With the height of 5 ft and 5 inches, she carried herself well in public.

How much is Nikohl’s Net Worth?

The acting aspirant’s first appearance was in the film title “Circumstance” in which she played as Atafeh Hakimi. The movie explores modern Iran homosexuality. Nikohl won her Best Actress Award from three different Film Festival: Noor Iranian Film Festival, International Rome Film Festival, and LA Outfest. In her performance in Farah Goes Bang, she was recognized as one of the 10 Actors to watch for by IndieWires. Some of her television series are Tower Prep, Continuum, Futurestates, Seeds of Yesterday, Supergirl, The Bold Type, and Altered Carbon.

The movie 'Circumstance' was her big break. The movie was shot in Lebanon. It was her first time to step in Asia, and she admits in an interview with The Source, that she was culture-shocked. It was in the continent where everyone physically looks like her, and she felt belonged. It took a few weeks for her to get used to the new environment. Nikohl also added that she wants to revisit Lebanon. People wondered how her parents felt about the movie.

The actress made sure that her parent must not get offended and asked their opinion about her filming it. According to her, her father was relaxed about it and completely understood his career as an actress. Nikohl's mom was open-minded about it and even made a joke that the movie would be much better without the lesbian part.

Nikohl’s monthly income is not known, but her net worth is said to be approximately $300 thousand as of 2018.

Nikohl is in a relationship with Wild the Cayote. Cayote is a musical artist who released an album called The Phantom & The Black Crow and a self-named record Wild the Cayote album. Nikohl loves to share photos with her boyfriend in her official Instagram Account. In 2015,

she posted pictures of their visit to Melrose Place, California with their friends. Further, in 2017, Nikohl posted a photo with his boyfriend with a caption Partners in Crime. The actress even greeted him on his birthday in social media. The couple was reported living together in Los Angeles, but they are still unmarried.