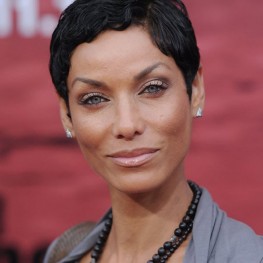 Nicole Lynn Mitchel, a well-known and distinguished meteorologist and weather anchor at the present time, was born on 10th October in the year 1974. Her biography began in Fargo, North Dakota, where Nicole Mitchel drew the first breath in a middle class family. Despite the fact that she was born in North Dakota, however, the future meteorologist spent the most time of her childhood in Minnesota. Though, there is scarce information about her family.

At first, Nicole Mitchell studied at a local school in Minnesota, named Woodbury High School, from which she graduated in 1992. Thereafter, she obtained a Bachelor’s degree in Speech Communication after graduating from the University of Minnesota. In 2010, Nicole Mitchell also obtained a degree in Law from the College of Law, a department of the Georgia State University.

Even though she obtained a degree in communication, Nicole Mitchell has made an outstanding career as a meteorologist. She decided to pursue the career of the meteorologist after joining the National Guard, where she was trained as both a weather observer and a weather forecaster. After receiving an appropriate training, Nicole Mitchell joined the unit of the National Guard, called Hurricane Hunters Unit. In particular, the unit had to execute a mission in the conditions of tropical climate that envisaged collecting data for making forecasts about possible tropical and hurricane storms, and it was the first work experience in weather forecasting for Nicole Mitchel.

The National Guard has been a major employer of Nicole Mitchell throughout her career. While working there, she could travel all over the world, including such countries as Bosnia, Kosovo, and Saudi Arabia. Moreover, the meteorologist has been in a large number of well-known hurricanes, including Charley, Katrina, Wile, and Irene.

However, her work at the National Guard and her voluntary participation in many missions has not created obstacles for her career on TV. In Duluth, she was hired by a local TV station; Nicole Mitchell worked there on the positions of the TV meteorologist, assignment manager, producer, and reporter. Later, however, she left the station in order to join the Rapid City South Bents, where she served as a weather anchor. Her latest job opened up bright prospects for her, and Nicole Mitchell received an invitation to join The Weather Channel, also known as simply TWC, in 2004. Her performances on the channel attracted many viewers and she quickly had risen in popularity. However, she left the channel in 2011 with a scandal, after making there an outstanding career. The reason of the leave was her plea to cut the screen time of hers, since Nicole Mitchell had been busy with studying in the National Guard. However, the channel refused to do so and fired her. Following it, the meteorologist decided to go to a court, claiming that the channel dismissed her without reasons, but has not gained anything out of it.

Since the summer of the year 2013, Nicole Mitchell has worked for the Al Jazeera America, where he hosts morning and evening weather events. Also, she is the channel’s chief meteorologist. Concerning her current net worth, there is no credible data about it.

Nicole Mitchell has always been a person who does not like to disclose things to the public. Therefore, there is no information whether she has been married ever or does she have a husband now. Nicole Mitchell has also official pages on Facebook and Twitter. She is an active volunteer and social worker.