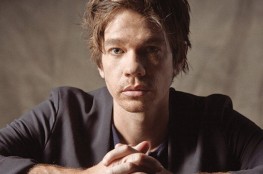 Nate was born as Nathaniel Joseph Ruess on 26th February, 1982 to American parents Bess Zinger and Larry Ruess. He was born in Iowa City which is in the state of Iowa. He has one elder sister, Elizabeth Ruess. Nate along with family relocated to one small farm located in Arizona. He grew up in Arizona and did his high schooling in Deer Valley School. He completed his high school in 2000. As a kid, he used to witness his uncle performing in music bands, which inspired him to learn music.

The band released its first extended play comprising of 5 songs collectively called as ‘EP’ in the year 2002. The band started getting recognized locally and the fan base started growing. Elektra Records signed the band in 2002. The band released the album named Interventions + Lullabies in the year 2003. The album was a sleeper hit. Then the band was signed by ‘Atlantic Records’ and they released its second extended play titled ‘Snails’ in 2005. Atlantic Records dissolved the contract involved with ‘The Format’ while the band was busy finishing their next album. This made them release their next album titled ‘Dog Problems’ under their label named ‘The Vanity Label’ in 2006. The album was available online for only $7.99, and the album was a huge success selling around 17k copies. In 2008, Nate announced the band’s split up through their blog.

Ruess did not waste any time and formed a new band called ‘Fun’ in 2008 with Jack Antonoff and Andrew Dost. The band released their first album named ‘Aim and Ignite’ in 2009 and the album was met with good reviews. Their released their second album called ‘Some Nights’ in 2012 comprising of 4 singles. The album was the huge success particularly the singles ‘We are Young’ and ‘Some Nights’. The album sold nearly 3 million copies. We are Young single won the Best song of the year in Grammy Awards. It also reached the top of Billboard charts. They also won the Best New artist award. The band went to release more albums.

In 2014, he parted ways with Fun and started performing as a solo artist. He released the first song ‘Nothing without love’ from his first solo album, Grand Romantic in the year 2015. He released the next 3 singles of the album later in the year. He also went on multiple tours promoting his music and album.

He has a net worth of about $10 million dollars. More information about his biography can be found in Wikipedia. His twitter id is @nateruessmusic.