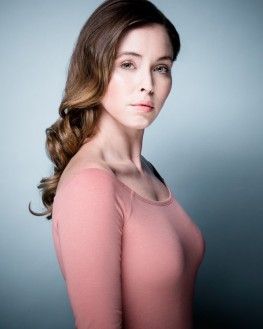 What is Natalie’s Bio, Ethnicity, Nationality, and Height?

Natalie Krill was born on February 4, 1983, in Saskatchewan, Canada. This Canadian woman has brown hair and hazel brown eyes, and she is 5 feet and 7 inches tall. Natalie is of mixed ethnicity.

Natalie graduated from North Battleford Comprehensive High School. Most of her childhood, she spent in Saskatchewan. The young Natalie used to play and dance in the family living room. When she was 11, she learned ballet, tap, and jazz.

Is Natalie Single or Having an Affair?

Natalie is single. The actress might not be open in discussing her dating status in any interviews, but she is transparent in social media. Natalie posted a photo in her Instagram account which was assumed to be her boyfriend. The guy in the picture was Daniel Kannimae. In the photo uploaded, the couple seems to be enjoying their picnic at the Sunnyside beach.

There is no news of her having the plans of getting married. Natalie probably wanted to keep her focus to her career.

How Much is Natalie's Salary and Net Worth?

Natalie, when she was 18, moved to Toronto and took her luck to be an actress. Natalie then played in Broadway musical 42nd Street as Lorraine. The actress, first screen appearance, was in 2005 as the salesgirl in the television series Twitches and the following year, she landed a role as Camela Girl in Hollywoodland. Some of her movies are Casino Jack (2010), Make Your Move (2013), Call It Blue (2014), After the Ball and Remember in 2015.

Natalie landed a role in the movie Below Her Mouth (2016) which was a controversial movie of the year. It was a romantic drama film. A story about two women who shared a passionate lesbian love: co-starred with Erika Linder: for a while, they were rumored to have an affair, but eventually, the people realized it was just for the movie. Natalie also made appearances in Molly’s Game in 2017, and the most recent was Supergrid in 2018.

In a television series, she made appearances since 2005 then in 20008, she appeared in MVP. Then in 2010, she appeared in multiple TV series such as Turn the Beat Around, Covert Affairs, Warehouse 13, Rookie Blue and The Ron James Show. Natalie also played a role in Good Dog, Desperately Seeking Santa and Wishing Well. That followed by Sunshine Sketches of a Little Town, Suits, and SavingHope in 2012. In 2013, she also appeared in Satisfaction.

The actress also landed a role in Seed and The Listener in 2014 then a recurring role in Remedy and The Next Step. In 2015, she was in the series Man Seeking Woman, Riftworld Chronicles, and Orphan Black. She showed her talent when she played the characters as Amelia in Houdini & Doyle, as Eva in Wynonna Earp and as Aline Paretti in Beauty & the Beast. Natalie’s most recent screen appearance was in the series The Girlfriend Experience.

Her salary was yet to reveal but she it was recorded that her net worth is approximately $1.2 million.