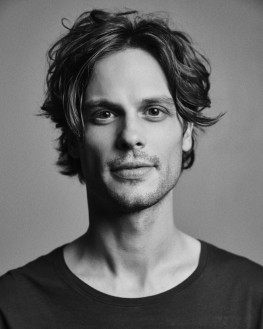 Matthew Gray Gubler, a presently famous actor, model, and director, was born on 9th March 1980. His biography began in Nevada’s Las Vegas, where the future actor drew the first breath. His parents, Marilyn and John Gubler, worked as a political consultant and an attorney accordingly.

The Las Vegas Academy of the Arts was the first place of studying for Matthew Gray Gubler, where he chose to major acting. However, it was not his free will, but just something the actor preferred among other subjects; Matthew Gray Gubler wanted to major filmmaking, but there was no such subject at the academy. Later, however, he headed to New York in order to major film directing at the Tisch School of the Arts, a department of the New York University. Thereafter, he also graduated from the University of California.

The actor obtained an incredible start to his career thanks to model scouts, who noticed a promising future model. His outstanding talent was later proved by several rating that included him in top 50 and top 100 world’s male models. Yet, his career of the model was not an obstacle for Matthew to star in the movie under the title “The Life Aquatic with Steve Zissou.” The successful debut in acting career resulted in an opportunity to receive a leading role in the TV series under the title “Criminal Minds”, which, without any doubt, made him popular all over the world.

There is no need to say that, following his role in the “Criminal Minds”, he got an opportunity to star in a large number of movies and TV shows, such as “RV” (2006) and “The Great Buck Howard” (2008), as well as to voice various characters. However, while taking part in the production of the first movie of his, he decided to prove himself as a producer, too. Then, Matthew Gray Gubler prepared a documentary that the movie was filmed behind the curtain. It was appreciated by the producers who decided to include it into the disc with the original movie. Later, however, Matthew Gray Gubler has not stopped producing documentaries, and so the world has seen a number of documentaries made fun of Hollywood and behavior of its stars. After all, the young actor has already been a director of several episodes of his most notable work, “Criminal Minds”.

It is hard to express how versatile Matthew Gray Gubler is, as, in addition to all his talents, he started also to paint, and this activity of his was not any less successful. Moreover, he has made all the paintings that he has created since 2005 available on the website. Despite the fact that he retired from the business of modeling, he still has to somehow combine several careers: the film director, painter, and actor. The energy and incredible passion for work of Matthew Gray Gubler was fairly rewarded, given the net worth of $1.5 million he is able to brag about.

Matthew Gray Gubler has starred in a total of 23 TV series and movies (including voicing). The latest movies with his roles were released in 2015, namely “Band of Robbers” and “Alvin and the Chipmunks: The Road Chip.”