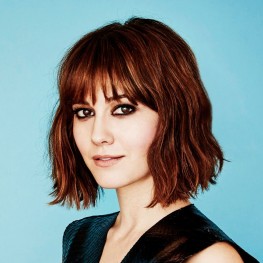 Mary Elizabeth Winstead is known as an American actress and singer. She is most famous for her role in Quiet Tarantino’s Death Proof where she went up against serial killer, Kurt Russell. Her recent popularity has been due to her role on the FX crime drama, Fargo.

Mary Elizabeth Winstead was born in Rocky Mount, North Carolina but she was brought up in Sandy, Utah. Utah is the place where she found an adoration for the performing arts. She grew up preparing to be a ballet dancer and attended the Joffrey Ballet School prep program at 12 years old. It was also around this time she started to pursue a career in acting and before long she would start working relentlessly in TV and film. She is a second cousin, multiple times removed of famous actress Ava Gardner, through her grandfather, Ambler William Winstead.

Mary’s first significant acting role came as Jessica Bennett on the NBC soap opera Passions and she went on to appear in popular TV series such as Tru Calling and films including the superhero comedy Sky High. Many fans know her as Ramona Flowers in Scott Pilgrim versus the World (2010) where she played the love interest of the beloved actor, Michael Cera. She has additionally featured in widely praised indie movies.

For her excellent performance in Smashed in 2012, she got an Independent Spirit Award nomination. She had great leading roles in Final Destination 3 in 2006 and Quentin Tarantino's Death Proof in 2007. Winstead is also a singer and recording artist. She performs her music under the name "Got a Girl" with her music producer, Dan the Automator who is a popular Japanese American DJ.

Mary started dating Michael Angarano in 2005. She had been hitched to Riley Stearns in 2010. He was a film director and writer from Austin, Texas. She met at him age 18 on an ocean voyage.

Riley and Mary’s marriage came to an end in 2017. Mary wrote on her Instagram, “Sitting here with my best friend whom I love with all my heart. We’ve decided to move on from our marriage.” Riley was heartbroken deep inside but he took the high road when he posted a message on his Instagram as well and said, “I can’t wait to see where we both end up. I’ll always love you, Mary.” Mary is currently dating Ewan McGregor after they developed feelings for each other after filming the TV show, Fargo.