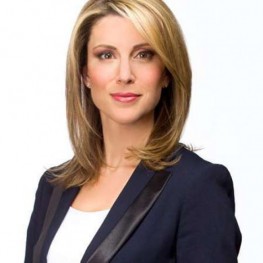 Marcia MacMillan is a Canadian news anchor for CTV News Channel. She has a Bachelor’s degree in Political Science and a graduate degree in Journalism. She is not married.

To celebrate her success, MacMillan dines out with her mom and Boyfriend or she goes on a shoe shopping spree. MacMillan had a health scare in 2010 when it was discovered that she had lot of blood clots in both her lungs. Today, MacMillan looks at life with a different set of eyes. Her health is a first priority and she urges many to pay close attention to their body, because what she presumed was simply a knot or stress on her shoulder as she was out on a run turned out to be a health problem that could have been very serious if it had not been discovered earlier. She doesn’t not smoke and maintains a regular exercise regime.

MacMillan’s role models when she was growing up were her mother, her grandmother and her 4th and 5th grade teaches. She views her greatest strength as being compassionate and sensitive and is most popularly known for her sense of humor and loyalty among friends and family.

Although marriage is not as yet within reach for MacMillan, she does have a special love for her profession, as she gets immense satisfaction in interviewing people. She is not only beautiful woman on the outside, owing to how she wishes to be perceived as being kind; she is definitely a beautiful person on the inside as well. It seems like one of her goals in life is to be as happy as can be and that can be seen with her beautiful smile. She also wishes to share that happiness with people around her.

Working as a news a senior news anchor in Canada means that she does make a pretty decent living. Her marriage-less status is a puzzle to many because she does posses a sizzling hot body even in her 40s. Some of her fans make comments on her glasses, which they claim tends to cover her rather beautiful face. She has however used contacts as well and received immense appreciation from her fans, because then they were able to get a complete look of her face.

Her fans can follow her on the Twitter handle, but be careful, if she finds your tweets offensive, you will be blocked faster than you can say your name! She does have a love for pop culture, loves travelling, fashion and food. Obviously she is a news junkie and she does keep her social media profile up to date. She had Hondas for cars but replaced them with a BMW which she is proud of.

Aside from her brief mention of a boyfriend, there is no further mention of many aspects of her personal life. For such a gorgeous , intelligent and talented woman, of course her fans would love to see her married and with children. For now though, her focus is on maintain her health, staying as happy as possible and continuing to build her career.