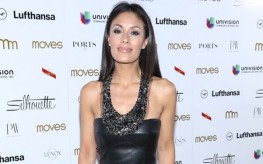 Liz Cho was born on June 14, 1970 in New York City, as the daughter of Dr. Sang I. Cho and Donna Cho (Weltman). Her father was a Korean American and her mother was a Jewish American. Her father, Dr. Sang I. Cho, who died on March 13, 2009, was a liver and kidney transplant surgeon and he was the leader of the team that did the first liver transplant in Boston, Massachusetts.

She attended Boston University, where she majored in history and journalism. She started her career working as an assignment editor at New England Cable News, in Newton, Massachusetts. She was then a reporter at WPLG in Miami, Florida, then a Chicago-based correspondent at ABC News and then she co-anchored the overnight news program at ABC. She also served as a correspondent and a fill-in anchor during this time, for Good Morning America. In 2003, she replaced Diana Williams at WABC-TV, at 6 pm and at 11 pm. After The Oprah Winfrey Show departed, she anchored the First at 4:00 newscast. Starting with 2012, she anchors the 6 pm broadcasts.

In 2003, Liz Cho was listed as one of the “50 Most Beautiful People” by the People magazine.

She married Evan Gottlieb and they have had a daughter in 17 May 2007, whom they called Louisa Simone Gottlieb. She has had her maternity leave until September 7, 2007. In 2012, she filed for divorce from her husband. Sources claimed that the divorce would have taken place even earlier, if it wasn’t for their daughter. However, the sources are not confirmed, so it is not known whether the information was accurate or not. Recently, she has been rumored to be romantically involved with Josh Elliot, who is believed to be her boyfriend. However, her divorce is said to have been a nasty one, because of several problems that the couple met regarding their home.

It is said that the marriage between Liz Cho and her husband has ended and only three months after this, she moved out of their home. Since her marriage has failed, she has been living with her daughter in other home than the one they used to live as a family. Rumors have claimed at some point that she had a love affair with ABC Josh Elliot, but unidentified sources said that she only started dating him after she and Evan have split. Other sources claimed that the two stars only meet as friends, not as romantically involved persons.

Other facts about her

Liz Cho is admired for her voice and she has many fans who enjoy watching her on TV. Besides other rumors regarding her personal life, it has been said at some point that she might have undergone plastic surgery, but there is no evidence about this. This rumor started because she has an appearance that many people envy and admire.