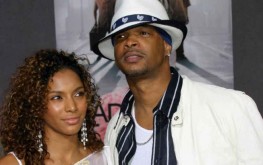 Lisa Thorner is a former model and actress. She was prominently married to famous comedian and actor Damon Wayans

There is very little information available about Lisa Thorner before she got married to Damon Wayans. Lisa Thorner is an American Citizen who began dating Damon Wayans back in the year 1982. Wayans, who is a popular American actor, is multi-talented and also is a director, writer, producer and is a comedian too.

Lisa Thorner described her romance with Wayans to be passionate when the duo met initially, the couple were even blessed with their first child, a son named Damon Wayans Jr, born on November 18,1982. Damon Wayans Jr. too followed the footsteps of his legendary father and ventured into acting. He is known for his roles in the TV shows ‘Happy Endings’ and ‘New Girl’.

Later on Wayans Jr. became a writer and explored the world of stand-up comedy. Lisa and Damon decided to get married shortly after the birth of their first child. It was on the 24th of April in the year 1984 that the couple got married. Lisa’s popularity soared after her marriage and the intense media limelight continues to shine on her till date for the very same reason. By virtue of her marriage to Damon Wayans, Lisa is the daughter-in-law of Howell Stouten Wayans and Elvira Alethia. Howell, was a supermarket manager in his early years while Alethia was a homemaker, social worker and a singer.

The couple were blessed with their second child on March 28th 1985. The second born too was a son, who the duo named Michael Wayans. Michael is a well known composer and an established actor. It is through Michael and his wife Vanessa Simmons that Lisa has a grand-daughter named Ava Marie Jean Wayans.

Ava was born on February 13th 2014. Apart from the two sons that Lisa and Damon have together, the couple are also parents to two daughters, the first being Cara Mia Wayans, who was born in 1987. Cara Mia Wayans is an actress popularly known for her role in ‘Dance Flick’ (released in 2009) and ‘My Wife and Kids’ While, the second daughter is Kyla Wayans, who was born in 1991 is also a fairly well reputed actress.

15 years into their marriage, Lisa and Damon were unable to handle their relationship as Wayans was unhappy in the marriage and the couple had innumerable personal differences. Damon went on to file for divorce in the year 1999. In the following year, the divorce was granted by the court and the long relationship between the two was ended forever.

Within 3 years of the divorce, Damon began dating Charity Duplechan, and the duo are yet going strong almost 15 years later. While Lisa is yet single and devoted her life post divorce to raising her children, especially her daughters who were yet in their teenage at the time of the divorce. Lisa even publicly stated that she wanted to devote her entire life in raising her children and grandchildren.

Lisa Thorner, prior to getting married to Damon Wayans was an actress and a model, though much details aren’t available about her personal life and career. It is estimated that post her divorce to Wayans, she inherited a considerable amount of wealth and property, pushing her net worth into anything north of 20 million USD.