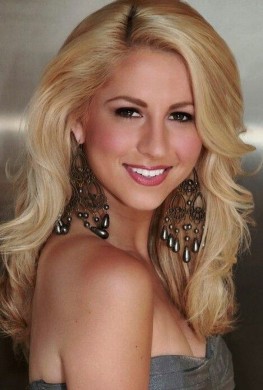 Laura Rutledge is a popular American reporter and host. She has also been a beauty pageant and has also earned huge popularity along with huge fan following.

Laura Rutledge was born in the year 1988 on October 2. She has not given much details about her early childhood and family life and this is the reason that her ethnicity is not at all known. She holds an American nationality. There is also no informations about her siblings in the media. She has completed her graduation from the Florida Univerity. She pursued broadcast journalism as one of her career option.

Coming to her personal life, she has shared a lot with the media. She is married to Josh Rutledge, who is a very popular baseball player. However, there has been no such controversy regarding her personal life and career till now. Laura is very active on many social media platforms like Instagram and Facebook. She connects with her fans and followers through the social media and keeps them updated with her daily lifestyle.

Laura Ruthledge began her professional career as a sports journalist just after completing her university education. Initially, she worked for the Fox Sports. She worked there as a sideline reporter. She has also covered the Fox broadcasts of Tampa Bay Rays games.

Presently, she is also engaged with it and covers San Diego Padres games. Besides that, she has also dealt with the reports of the Fox College Sports coverage of the NCPA’s 2012 National Paintball Championship which was organised at Lakeland, Florida. Rutledge has also worked with the ESPN and the SEC Network after that, in the year 2014.

Presently, she is hosting the show, Coors Light PostGame on Fox College Football. She has had a previous experience of halftime programming with the FSN college football games and also with the “Chargers Insider” for the San Diego Chargers in 2013 and the “SD Live”. She has also been the host and producer of the show SDLive during her working years. She has had a very long experience in this field and has absolutely mastered the art.

She leads a quite simple lifestyle and there is still no information about her salary and net worth with the media. She also has very huge number of followers on her social media platform due to her social popularity among the people through her work and contributions.