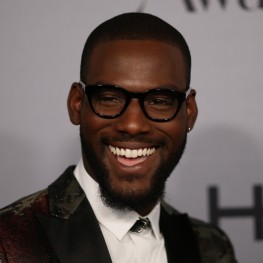 Born on March 2nd in 1994, Nana-Kofi Siriboe is a model and an actor living in America and is of Ghanaian descent. He is prominently known for his role as the handsome Ralph Angel Bordelon in the drama franchise Queen Sugar of the Winfrey Network. Kofi has also portrayed Tyler Miller in the MTV’s awkward.

Kofi Siriboe began acting at a very young age of six in print advertisement as well as television advertisements. His earliest appearances were on the Entourage and CSI : Crime Scene Investigation episode titled “Fallen Angels”.

Kofi has 2 brothers named Kwame Boteng and Kwesi Boakye who happen to be actors too. Kofi is the middle child. Kofi’s mother, Koshie Mills is his manager. Kofi confirmed his relationships with Duckie Thot in March 2018. Duckie is an established model herself. Kofi has collaborated with rapper Ice Cube for the cast of Longshots.

Kofi is not involved in any controversies or rumors so far. He has never been alleged in any controversies by anyone which is uncommon for a celebrity in Hollywood of his age. Kofi is 6 feet tall though his weight is unknown. Kofi has black hair and brown eyes. Kofi quit Basketball to pursue his career in acting. He was also a part of the High School Musical 2 Party for the release of its DVD.

Kofi is highly active on various social media sites including Instagram, Twitter and Facebook. He has a staggering 583k followers on photo sharing site Instagram and round about 172k on Twitter. In addition to that, Kofi has 81k followers on Facebook. He lives in the state of California in the city of Los Angeles.

Kofi initiated his career by signing a contract with the Wilhelmina Models Agency in New York and in Los Angeles for Vision agency. In the role of a tv actor, Kofi first appeared in the 2008 drama comedy, The Longshots directed by Fred Durst. Kofi did all his stunts in this movie on his own. After that, Kofi appeared in various movies including the likes of Whiplash, Straight Outta Compton and Prom. On top of that, Kofi has also made cameos on CSI: Crime Scene Investigation and the Lincoln Heights.

Kofi Siriboe is an accomplished model who filled in for the role as Tyler Miller of the TV series Awkward between 2014 and 15. Ever since then, Siriboe is a regular cast on Oprah Winfrey Network, Queen Sugar series. Further in the year 2017, Kofi appeared in the romantic comedy movie, Girls Trip alongside Queen Latifah, Regina Hall, Jada Pinkett Smith and the famous Tiffany Haddish.

Due to Kofi’s fame as an established actor and model, he earns a handsome amount of money. However, Kofi’s net worth and salary are unknown to the public. Till now, Kofi has not achieved any awards or accolades but considering his contribution to the entertainment industry, he is sure to grab some awards in the coming future.