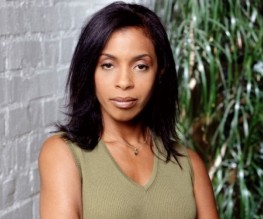 Khandi Alexander is a multitalented American personality. She is primarily an actress seen on TV shows such as CSI: Miami and The Corner but she has also contributed as a dancer and choreographer, especially working for Whitney Houston’s group when she was on tours. She also appeared in the comedy movie There’s Something about Mary.

Early Life and Beginning of Career

Khandi Alexander was born on September 4, 1957, which makes her 59 years old now. Her birthplace was New York City. She is the daughter of a multi-skilled actress Alverina Yavonna, who used to perform in operas and jazz ballads. Her father Henry Roland Alexander had a construction business. When she finished her education at a community college at Queensborough, her mother initiated her into acting. Her first appearances were on Broadway where she performed in pieces such as Chicago and Dreamgirls.

From 1988 to 1922, she worked as a dance choreographer with Whitney Houston for her hugely successful world tour. During this time, she also appeared as a dancer in a few music videos, most notably, Pink Cadillac by Natalie Cole.

As an actor, she began with TV shows first. Her first TV appearance was on a show named FTV. She also acted in various movies around this time, such as Joshua Tree, Sugar Hill, Poetic Justice, and What’s Love Got to Do with It.

For a while in the 90s, she appeared on a comedy series called News Radio, which was a long running appearance. This brought her into the notice of other mainstream studios and she was quickly picked up for roles in shows such as NYPD Blue, ER, Third Watch, Better off Ted, and Law & Order: Special Victims Unit.

The HBO miniseries The Corner happened in 2000, for which she received a significant amount of praise for her role as Fran Boyd. The Emmy Award winning show put into her lap her next big role, which was of Dr. Alexx Woods in the police procedural CSI: Miami.

Alexander acted in the lead role in Treme, a show that premiered on HBO in 2010. This performance was much widely appreciated and the show ended up winning several awards. She received her own personal Emmy nomination as Outstanding Guest Actress for her role in Scandal as a scheming mother. Later for her role in Bessie, she was nominated for a Critics’ Choice Award for Best Supporting Actress.

Khandi Alexander is not married. Though there were rumors of her having been in a relationship and even having a husband, none of them have been confirmed. She has never spoken directly of having any husband at any point of time.

She is considered to be quite a fashion icon, part of which is due to her appearances in her various movies and TV shows. Her hairstyles and costumes are often the subject of a great deal of media attention and are widely spoken about. She has often been listed as one of the most beautiful women in the showbiz industry.

At present, her net worth is estimated to be $8 million, which puts her in the big league and makes her one of the wealthiest people in at least the TV world.