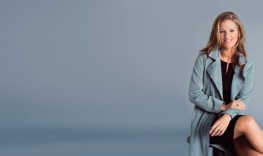 Kelly Tilghman was born in the year 1969 on 6th of August in North Myrtle Beach, South California. She is a graduate from the Duke University in political science and history. Her parents worked in their own golf course for 22 long years. She have had ample interest in the game of golf from a very young age as she was raised in a golf friendly environment. She even played the game at Duke University and had won scholarships and tournaments related to golf during this time.

By the time she was graduate, she had discovered her passion and future course in the game itself. She became a golf professional and played the game in Australia, Europe and Asia from the year 1992 to 1996. She also worked as a trainer and teacher of the game.

Golf was all she had dreamt of, her likeness for the game landed her into a job of reporter for the Golf channel in the year 1995. She is with the channel from its very birth and initially she was given the job of an onsite reporter to do announcements for the games broadcasted on the channel. During her initial years with the Golf channel, she also served as a co-anchor for various shows namely, ‘Golf central,’‘Academy Live,’‘Grey goose 19th hole;’ and also as a host for ‘Live from…telecasts’ and ‘Sprint Post Game.’

It was only in the year 2007, when she was signed as an anchor by the channel. It was for anchoring the PGA tour. The GolfChannel signed an agreement with the PGA tour for a 15 year contract which authorises the channel to broadcast the first three events of the year, and gave the channel coverage rights of all kinds on those events.

In the year 2008, Kelly had a rough phase of her career when she was suspended by the channel for two weeks in lieu of  her remark ‘Lynch him in a back alley’ for Tiger woods. Some social activists even wanted her to be fired as they thought her remark to be derogatory for people with black ethnicity. She however apologized for her remark, although she never said it with a bad intent.

She then went on to give her voice as an announcer on three versions 9, 10 and 11 of the Tiger’s ‘Tiger Woods PGA Tour’ video games.

Kelly has a bold and athletic personality which backs the genre of profession she is connected to. She has a deep connection with the game and it is her spirit through which she has guided her way to this level in the male dominated industry. Through her passion and efforts she earns more than a decent amount of salary and has a good net worth.

Although she connects with her fans through social media like twitter, she has not been much open about her personal life to the public. She is not yet known to be married and neither has she had a baby. Interestingly, in view of her circle of friends here have been speculations of her partner being a female.