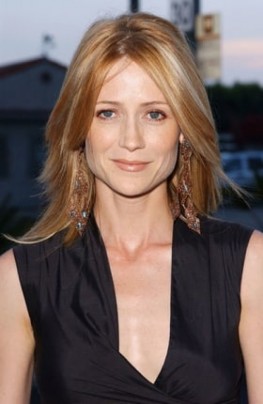 Kelly Rowan is a Canadian film actress and former fashion model who is perhaps best known for her portrayal of Kirsten Cohen on The O.C. Kelly Rowan was born on October 26, 1965, in Ottawa, Canada. Kelly attended Toronto’s Northern Secondary School and the University of Western Ontario. She studied acting at the British American Drama Academy in London and at the Neighborhood Playhouse in New York City. Kelly Rowan’s film credits include The Gate (1987), Hook (1991), Three to Tango (1999),  One Eight Seven (1997), Proximity (2001), Greenmail (2002), and Jack and Jill vs. the World (2008).

Kelly won the Gemini Award for Best Actress in a Movie/Mini Series for her performance in the CBS movie Adrift (1993). In addition to The O.C., Kelly has appeared on television as guest star in Dallas, The Outer Limits, Growing Pains, CSI: Crime Scene Investigation, and Rag and Bone. Kelly had the lead Lonesome Dove: The Outlaw Years, and played the role for twenty two episodes. In June of 2007, Kelly Rowan announced her engagement to media magnate David Thompson, 3rd Baron Thomson of Fleet. The couple broke of the engagement, however, before the birth of their daughter, in Los Angele, on April 28, 2008. It has been reported that David Thompson is the tenth richest man in the world.