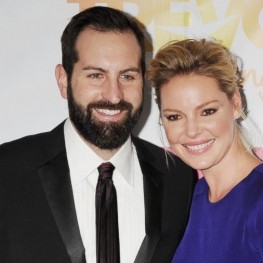 The first things that might pop into your head when you hear the name Josh Kelley is probably going to be the band, Lady Antebellum. This may due to the fact that Josh’s brother Chris is a part of the band. But if you got to know him a little better, you will find someone who is an extremely talented singer and songwriter. So if you want a quick peek into his life, here is something for you. It is by no means a complete biography of the man but just something to know if you are interested.

Josh was born in Augusta in the state of Georgia. He and his younger sibling Charles developed a liking towards from the very beginning. Josh’s tryst with music really began for him at the age of 11. This is the point where it can be said that music became his career.

He and his brother formed a band together that eventually led to the release of their first album. To be fair, this was just a CD with five tracks on it. But the musical talent in it was so good that it eventually got the attention of the legendary James Brown who wanted to meet the boys. He continued making music throughout his day in high school and college. He is an alumnus of the University Of Mississippi.

While music had been a part of this life for a long time, it was only at the age of 21 when he took the first real steps in doing something with it. This was the year his independent album Changing Faces was released. The album was received warmly and the success of it led to him being signed by Hollywood Records the very next year. It was here that Josh would get his big break. With the release of his album,

For The Ride Home everything changed for Josh. The album was good enough to make the Billboard Top 200 and it could be said that it was to a large extent because of one song. That would have to be Amazing. It even cracked the Billboard Top 100. It remains arguably his most famous song and with good reason. There have been more albums that were released in the subsequent years. With each passing album, Josh was able to showcase his range and impress people with his control over the craft.

Josh's love life is one that is sure to warm the hearts of many. He met his future wife, actress Katherine Heigl when she appeared in one of his music videos in 2005. Shortly after that, they started dating and eventually got engaged the next year. During this time, he also wrote a song for Heigl called Hey Katie. In 2007, they tied the knot in a wonderfully romantic ceremony. To make the whole thing even more perfect, she walked down the aisle to a song that was written by Josh. The couple has been happily married ever since. They have three children, two of whom have been adopted.