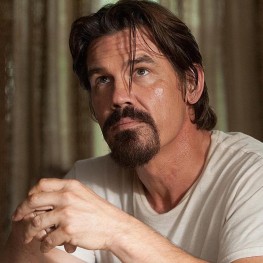 Josh Brolin, born Josh James Brolin on 12th February 1968 in Santa Monica, California, USA, has been a U.S. actor. He first acted in 1985 in the film The Goonies. After that, he has acted in a series of movies. He is particularly famous for his role as Llewelyn Moss in George W. Bush in W., No Country for Old Men, and Dan White in Milk. The last film led to his getting nominations for the Academy Award, and SAG Award for Best Supporting Actor.

Brolin, though born in Santa Monica, California, spent his early life in Templeton, California. He was born to his mother, Jane Cameron, and father, James Brolin. His mother, a native of Corpus Christi, Texas, had been a wildlife activist, and his father, an actor. Brolin’s parents divorced each other in 1984 when he was merely sixteen years of age. His father married Jan Smithers, an actress, in 1986 and divorced in 1995. He (Brolin’s father) again married another actress Barbra Streisand in 1998.

Josh Brolin himself has married three times by now. Presently, he is married to Kathryn Boyd, a model and his former personal assistant. However, he first married Alice Adair, an actress, in 1988 and divorced her in 1994. They have together two children. Secondly, he tied the knot with Diane Lane in 2004, and divorced her, too, in 2013. He was also in relationship with Minnie Driver for some time. He is leading a peaceful married life with his current wife.

So far as Brolin’s acting career is concerned, he is associated with the tinsel world since 1985, and has still been active. He first appeared in several television films and shows as guest appearances before acting in films. His first film was The Goonies directed by Richard donner in 1985. He had been in consideration for a role of Tom Hanson in 21 Jump Street, but the role was finally assigned to another actor Johnny Depp. He acted on the stage in Rochester, New York, usually with his friend and mentor Anthony Zerbe. He appeared in many TV series such as The Young Riders, Winnetka Road, and Mister Sterling. His roles in most of the films during 2000 to 2010s have been that of a villain. However, he also played lead roles in several films. As per his biography, his net worth is estimated at $35 million.