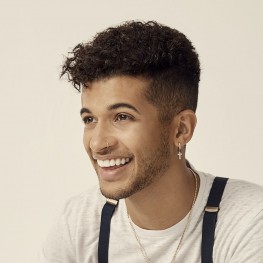 Jordan Fisher is one of the renowned singer, actor, dancer and is known in the industry and worldwide for his incredible acting skills and notable television roles.

Jordan Fisher or Jordan William Fisher was born in the year 1994 on April 24. He has grew up in Birmingham, Alabama to his mother. He was brought up by his maternal grandparents as his mother, herself was very young at that time, only sixteen years and was thus unable to take care of her son. Jordan was interested in gymnastics from an earlier age and was thus into it from his childhood.

Later, he also showed interest towards theater and music when he was in the fifth grade. It became more rigid when he performed at his school’s function and received everybody's praise. As he got involved into so many stuffs, he was unable to attend school regularly and this is the reason that he was home-schooled as a child. However, later he went to the Harvest Christian Academy to earn his graduation degree.

After completing his graduation, he went to the Red Mountain Theatre Company which is located in Birmingham. He has also been a member of the ensemble youth group. While performing, he was was spotted by a talent hunt group. They were looking out for fresh talents and thus, their search ended when they approached him. Jordan visited the Jacksonville State University to pursue acting in the year 2011. Jordan shares his personal life with the media and as of the records of 2017, he is now dating his childhood best friend, Ellie Woods.

Jordan Fisher stepped into the film industry from the theatre world in the year 2009. He initially started with The Hustler on Crackle and iCarly on Nickelodeon where he was only guest starred. He got his first major role in The Secret Life of the American Teenager by the ABC Family where he imparted the role of Grace Bowman's half-brother, Jacob. He only appeared in the two seasons 4 and 5 respectively.

Besides that, he has also earned fame and popularity through music and dance in his career. Jordan’s songs like "Never Dance Alone", "By Your Side" and "What I Got" have become famous worldwide due to his great works. He has also been nominated for the Radio Disney Music Awards in the year 2017. Though he did not win the award but his popularity reached a new height with his success.