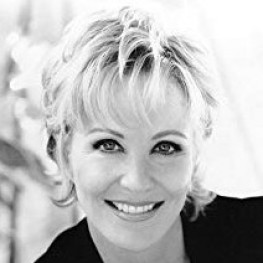 Joanna Kern is an American Actress and a director, she is known for a role in Growing Pain as ‘Maggie Seaver’ Joanna Kern was born in San Francisco, California. Joanna started her career in dancing before acting. Kern’s sister Donna De Varona is an Olympic Gold medalist swimmer. Joanna Kern went to UCLA and completed her passion for dance. She saw an advertisement of Gene Kelly on television and thought of giving a try to act. She is a ‘Golden Girl’ with precision. Joanna Kern started her acting career with advertisements Joanna Kern did a guest appearance in many shows. She is the most popular television mother in 1980s.

Giving light to Joanna’s personal life; Joanna Kern was born on 12th February 1953 in San Francisco California. She has grown up in athletic Family. When she was young, she was learning gymnastics. Joanna's father was David Thomas DeVarona who was an insurance agent and mother was Martha Louise who was clothing store manager. Joanna was a third child amongst the four children. Joanna Kern was married to Marc Appleton at present. She has a daughter from her marriage. Joanna got married to her first husband in 1976. Joanna Kern’s daughter name is Ashley.

Joanna Kern started her acting career by giving guest appearance in Starsky and Hutch. She is well known from a sitcom Growing Pain as Maggie Seaver. Kern did a lead role in ‘The Four Season’ in 1980. After that in 1984, she got ‘Growing Pain’. After 1992, she did various Television movies such as ‘The Growing Pain’ movie and ‘The Growing Pain returns’. In recent years, she is pursuing her career in direction. Joanna Kern has directed Television Programs such as Ally McBeal, The Ghost Whisper etc.