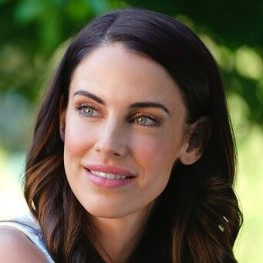 Jessica Lowndes is a Canadian actress, who is also well-renowned as a songwriter and singer.

Some of her most popular works a singer are the songs Break, Never Lonely, Goodbye and Fly Away. As an actress her most popular role is in the Hit TV series 90210, where she portrayed the lead role of Adrianna Tate-Duncan.

Jessica Lowndes was born on November 8,1988 as Jessica Suzanne Lowndes in Vancouver, British Columbia in Canada. She was a student at Pacific Academy, Surrey. Her father is Dan Lowndes while her mother Suzanne Lowndes was a piano teacher. Since a very young age she had a liking for dancing and singing, to such an extent that she even wanted to pursue a career in singing professionally. As per her biography she states that she played the piano and guitar well by the age of 10. Jessica is a Canadian National, who is of mixed descent, comprising of a blend of English, Irish and Scottish ancestry.

In the summer prior to her senior year, she was a part of a project for Showtime. This was the turning point in her life and it was after this project that she believed in her passion and wanted to pursue a career on-screen. Through this project she was able to meet people from Los Angeles and found some representation in Hollywood.

Post experiencing a role of substantial importance in a production she decided to inform her parents about her decision to drop out from high school and pursue a career in acting, and with their blessings she began her journey into films and shifted to LA at 16. In her personal life, she was romantically involved with American actor Jake Gyllenhaal, Kevin Navayne and she was even in a relationship with Adam Gregory, with whom she broke up after 7 months of dating in March 2009. More recently Lowndes was in a relationship with Jeremy Bloom, whom she dated for 5 years, before breaking up in 2017.

Jessica Lowndes made her debut on television in the year 2007, as a part of the Television movie Saving Milly, she portrayed the role of Andrea Kondracke. She soon followed it up with a guest role in an episode of the TV show Masters of Horror and a guest appearance on the TV show Kyle XY. Her first recurring role was on the TV show Alice, I Think , where she portrayed the role of Becky. In the movie To Have and to Hold (2005), she had a supporting role.

Her role as Adrianna Tate-Duncan was her breakthrough role as an actress. The role was a part of the TV Show 90210 which itself was a spin-off of the TV show, Beverly Hills 90210 . Though the role wasn’t a permanent one, the character was made a series regular by November 2008. On the singing front, she released a song in March 2009, called Flyway and was the singer and writer of the song, she played the guitar for the song as well. Lowndes even featured in the song Falling In Love by Ironik.