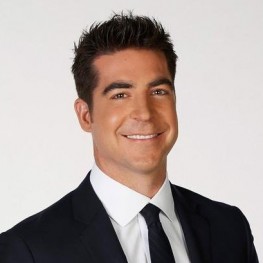 Jesse Watters is an American political commentator who was born on July 9, 1978, in Philadelphia, Pennsylvania. Watters grew up in the Germantown and East Falls neighborhoods. He attended the William Penn Charter School before moving to Long Island, New York with his family in his junior year. Watters went on to attend Trinity College in Hartford, Connecticut where he graduated with a B.A. in History. Watters began his career right out of college when he was hired as a production assistant at Fox News. Watters joined the production staff of "The O'Reilly Factor" in 2003. A year later, Watters had gained his own segment of the show called "Watters' World".

He also appeared on the Fox News show "Outnumbered" where he occasionally acts as a co-host of the show. In January of 2017, Watters segment in "The O'Reilly Factor" became its own weekly show. "Watters' World" airs every Saturday evening. He is also a co-host of the roundtable series, "The Five" and a guest on The Spin Stops Here Tour with Bill O'Reilly and Dennis Miller. Watters married Noelle Inguagiato and the couple went on to have twin girls. His wife filed for divorce in October of 2017 after she found out her husband was having an affair with a 25-year-old coworker on his show.