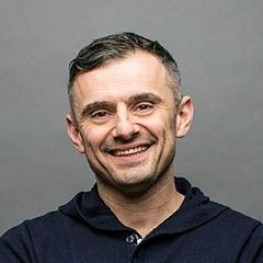 The Belarusian American Entreneur, Gary Vaynerchuk was born on 14th November 1975. He was born in Babruysk, Belarus. He attended Mount Ida college in Massachusetts in the year 1998. He and his family are believed to be wine critics. His family belongs to the former USSR. The family were fortunate enough to come to America as part of an exchange program. He was born to father Sasha. His extraordinary entrepreneurial skills and his razor sharp sales tactics are some of his strength. He has been married to Lizzie Vaynerchuk since 2004. They are blessed with two kids named Misha Eva Vaynerchuk and Xander Avi Vaynerchuk.

Gary Vaynerchuk is the CEO of Vaynermedia, an advertising agency serving 500 clients across different locations such as Pepsi-Co, General Electric and many more. He is the chairman of a communications and media company, VaynerX. He turned his father's local liquor store into the very first wine e-commerce platforms. His family sales increased rapidly from $3MM to $60MM. He started YouTubing in the year 2006. He created a Vlog channel called WineLibraryTV, making 1000 episodes within 5 years.

He also has a website selling wine, Winelibrary. He is one of the most followed and influential people over the media. He is also a highly sort public speaker. He is popularly known to be a 5-time New York times bestselling author. He is a smart investor who has made investments in companies like Twitter, Facebook, Uber and Tumblr.

He is currently very talked about in an online documentary series sharing what it's like it is to be a CEO. He is a well known figure in today's digital world. He has a good relationship with investors like Mark Zuckerberg, Kevin Rose and many more. Gary is the author of a book titled, Crush It. He is the host of the GaryVee audio experience Podcast. He speaks about the power of voice technology and Podcasts.

He launched a YouTube channel called, The AskGaryVee Show, where he takes questions from Instagram and Twitter. Gary was seen as a judge in Apple's very first original series, Planet of the Apps. He serves as a partner in an Athlete agency, VaynerSports. He is in a partnership with a restaurant reservation app, Resy. He is a member of a community that take care of clean water, Charity: water. He is in partnership with a Christian community, Faithbox.

Gary is in partnership with a TV advertising networks company, BRaVe ventures. He created a documentary Dirt: The Movie in the year 2009. He appeared in a comedy TV series Leap Year. He was seen in an adventure documentary, Escaping Robert Parker in the year 2014. His book credits include The Thank You Economy, How to Tell Your Story in a Noisy Social World and Crush It.