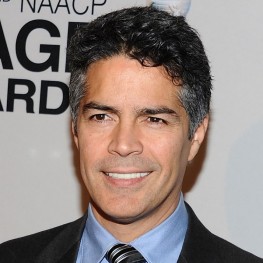 Esai Morales is an American actor. He is also a famous director and producer. Apart from this, Morales has also earned popularity as a musician.

Esai Morales, born in the year 1962 on October 1, has spent his early childhood years in Brooklyn. Being the only child of his Puerto Rican parents, Iris Margarita and Esai Morales, Sr., a union activist, and a welder, he has grown up in a political environment. However, Morales never showed any interest towards these social matters and instead, he was inclined towards cultural activities. Later, Morales went to the School of Performing Arts to learn acting.

Esai Morales began his acting career with the theatre and television industry. In the year 1983, he appeared in the film Bad Boys which was regarding some rival teenagers. He also made an appearance in the television series Fame after the success of his first film.

However, Morales appeared in some socio-political roles in the later stage of his career like My Family/Mi Familia, The Disappearance of Garcia Lorca, The Burning Season and many more. Morales has also secured several awards and honors in his career for his incredible acting skills. Morales was awarded the Rita Moreno HOLA Award for his Excellence in acting by the Hispanic Organization of Latin Actors (HOLA).