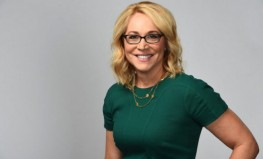 Doris Burke was born in 1965 on 4th January, in West Islip, New York and she was raised in Manasquan, New Jersey.  She is a color analyst and sideline reporter for college basketball on ESPN, and NBA on ESPN as well as on ABC games. She handles both women’s and men’s college basketball and the pro level. Also, she is a WNBA analyst on MSG and there was a time when she used to work also on games (New York Knicks). Doris Burke was the first woman analyst who called a  Knicks game New York on TV and radio.

In 1990, she began her career in broadcasting on radio for her alma mater , where she was an analyst for women’s games. Also in the year 1990, she started working as an analyst on Big East Women’s games on TV. Six years later, in 1996, she extended her work area, starting to work on Big East Men’s games. Meanwhile, she worked as a lead analyst for ESPN’s WNBA coverage. Starting with 1997, she has been the leading voice of TV and radio of the Liberty New York . In 2000, she was the first female color analyst for a New York Knicks game on radio and TV. More than that, she is also known as the first woman who has ever been an analyst for a Big East Men’s game and also on a Men’s College Basketball conference. Starting from 2009, she became a sideline reporter for the NBA Finals, with her job taking place at ABC Sports. Only a year later, in 2010, she got a job as a sideline reporter for the video game called 2K Sports’s NBA 2K11. In October 2013 she became a commentator on ESPN for NBA.

In 1989, Doris Burke married her boyfriend, Gregg Burke and they had two children. Doris and her husband were subsequently divorced. The story is that she asked Gregg out first, but with all this, he was the one to propose her, while he was sitting on one knee on the Cliff Walk. He proposed her on Valentine’s Day in 1990. Shortly after the proposal, they got married and had their first daughter in 1992. She claims that he was the reason that she got to work on television. However, although things seemed to go wonderful between the two of them, after a few years, they decided to divorce, although the main reason for this decision has not been announced in any report. Every information regarding their separation is kept secret, so that no one actually knows anything about the custody of their two children.

Even more, there are not any rumors or facts known about Doris having a boyfriend since she got divorced. No matter how hard people try to find out anything about her personal life, there is no confirmed information, nor there are any rumors regarding her love affairs.