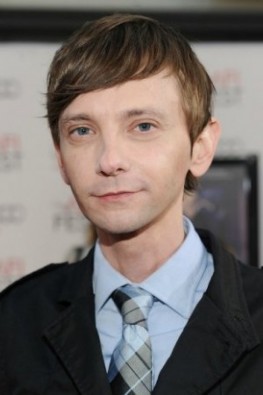 DJ Qualls is a popular actor and model. He has appeared in several movies and TV shows in both small and big roles. The list of the shows he has appeared is quite impressive, most of them making various best lists. Some of these shows are Lost, Scrubs, CSI: Crime Scene Investigation, The Big Bang Theory, Supernatural, and Breaking Bad. He has also acted in movies such as Hustle & Flow and Road Trip. He is currently seen in The Man in the High Castle, the show launched in 2015 by Amazon Studios. This is a brief bio of this actor.

Early Life and Beginning of Career

DJ Qualls was born as Donald Joseph Qualls in the city of Manchester, Tennessee. His birthdate is June 10, 1978. He grew up in a large family with four siblings. For education, he moved over to the UK, where he graduated from the King’s College and the University of London. He returned to his hometown in Tennessee after his education and then began thinking seriously about a career in the show business.

It all began with a modeling stint. His unconventional good looks earned the attention of Steve Klein and David La Chappelle and soon he found himself modeling for Prada. For almost a year, he continued as a model.

DJ Qualls’ journey with acting began with the movie Road Trip in 2000. In the same year, he also acted in a movie named Cherry Falls. However, before this he had appeared in a TV show that was titled Mama Flora’s Family two years earlier.

Success as an Actor

Qualls has a varied acting experience. He appeared as Archie in the 2002 film Comic Book Villains and after this he went on to play a role in the sci-fi movie The Core. He was also present in a spoof titled Delta Farce. His role in Hustle & Flow was much talked about. Apart from these, he has acted in a host of other movies such as Big Trouble, Lone Star State of Mind and The New Guy.

He is a big hit on television. His role in Supernatural as a bounty hunter was well-noticed. Similarly, he played a memorable but short role in Breaking Bad as well. He appeared on one episode of Lost which was titled Everyone Loves Hugo. He has also appeared in comedies such as The Big Bang Theory and My Name is Earl.

Adding to his vast repertoire of acting roles is also an appearance in a Britney Spears music video which was for her hit song Boys. Another music video he has appeared in is I’m Just a Kid by the band Simple Plan.

Qualls is a cancer survivor. He was diagnosed with lymphoma at the age of 14, but it has gone into a state of remission. Today, he is an active voice for cancer awareness. He is not yet married. He was in a relationship with a woman named Nikki for a while but it hasn’t materialized into marriage yet. His current net worth is estimated to be $5 million.