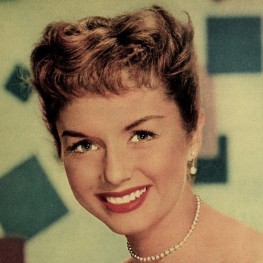 The popular actress, Debbie Reynolds was born on 1st April 1932. Her star sign was Aries. She was born in Texas, U.S. She passed away when she was 84 years old. She passed away on 28th December 2016. Her birth name was Mary Frances Debbie Reynolds. She was nicknamed Aba Dabba. She was a renowned businesswoman and a singer. Debbie was also a Film Historian by profession. Debbie had a keen interest in preserving the Hollywood heritage. Debbie was an active Philanthropist, who was associated with the Thalians on mental health care. She was born to Raymond Francis Reynolds, a carpenter and Maxene. She belonged to English and Scottish-Irish ancestry. Debbie was raised in a strict Nazarene church.

Debbie was married to Eddie Fisher (American singer) from 1955 to 1959. She got married to Harry Karl in 1960 but got divorced in the year 1973. The actress married Richard Hamlett in 1984 but again got divorced in 1996. Debbie was blessed with two kids named Todd Fisher and Carrie Fisher.

Debbie Reynolds played Helen Kane in a musical film Three Little Words in the year 1950, for which she was nominated a Golden Globe award for promising newcomer. She played Kathy Selden in a romantic musical comedy film Singin' in the Rain, directed by Gene Kelly. Debbie starred as Brown in a musical film The Unsinkable Molly Brown, which got her nominated for the Academy Award for Best Actress. Debbie starred as Tammy in a romantic comedy film Tammy and The Bachelor. She released her first pop music album, Debbie. She was also a cabaret dancer by profession. She owns a dance studio in North Hollywood.

Debbie starred in an NBC show The Debbie Reynolds show, for which she was nominated a Golden Globe award. She played Bobby in an NBC American sitcom Will & Grace. She portrayed Aggie Cromwell in a fantasy horror Disney channel series Halloweentown. Debbie released two autobiographies titled, Unsinkable: A Memoir and Debbie: My Life. She also owns a hotel and a casino in Las Vegas.

Her last film was a documentary on her life, bright lights in the year 2016. Her film credits include June Bride, Two Weeks with Love, Hit the Deck, Give a Girl a Break and Bundle of Joy. Her partial TV credits include the Golden Girls, Rugrats, Kim Possible and the Penguins of Madagascar. Debbie has always been the lively star of TV, Films, Broadway and Nightclubs.